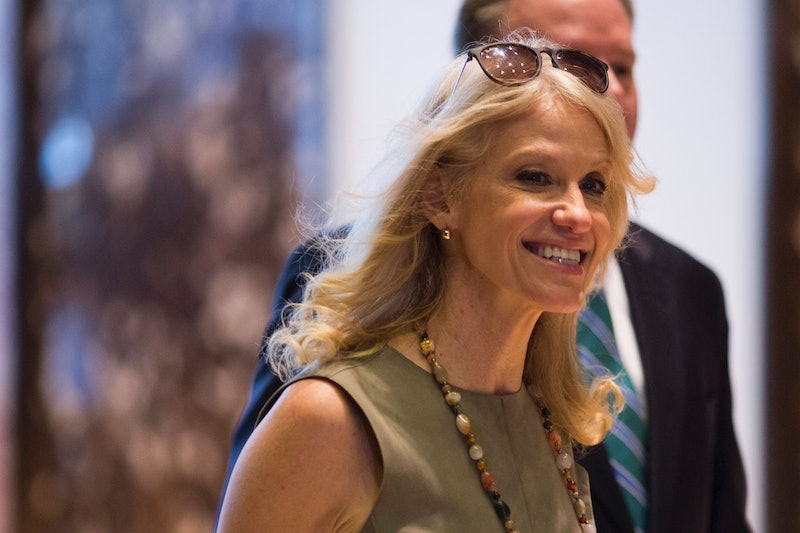 Donald Trump and his tweets seem to go hand in hand. Anyone who listens to Slate’s Trumpcast — the podcast all about Trump — will know well the dulcet tones of Trump impersonator John Di Domenico reading the choicest tweets from the commander-in-chief-to-be. But in a Monday morning interview with Chris Cuomo on CNN, defending Trump’s decision to scrap with the cast of Hamilton on Twitter, Trump campaign manager Kellyanne Conway shot back “Why do you care?”

Maybe her intention wasn’t to step into an existential conversation about the president-elect’s Twitter habits, but seeing as how the shit is already on our shoe, we might as well stop and answer the question. Why do Trump’s tweets matter? Because everything he does now he does on behalf of the American people.

Among the post-election gifts Trump has earned appears to be access to his Twitter account again, after it was supposedly confiscated in the waning days of the campaign. And boy does he have a thing or two to say. The latest attack, launched at the cast of the successful Broadway musical after they addressed VP-elect Mike Pence after their show on Friday, shows that Trump may have one the presidency, but he’s a long, long way from acting presidential.

Here, though, we see more evidence of the fact that, while he doesn’t mind having won the presidency, Trump maybe doesn’t actually want to do the presidency. Looking back over the last handful of tweets from the president-elect, even tweets that seem to be geared towards political diplomacy have a soupçon of pettiness to them.

Like, I get that Harry Reid has been tough on Trump since the election, but the guy is a retiring Senator and former majority leader. Trump doesn’t have to praise him, but why go out of his way to kick a 76-year-old who’s devoted his life to public service?

Why do we care, Kellyanne? Because Trump is no longer just speaking his own thoughts and ideas — he’s speaking as the representative of an entire nation, the majority of which voted for someone else. But, as is Trump’s wont, he doesn’t seem to register anyone’s feelings or opinions outside his own. It sets a scary precedent for what might happen when President Trump needs to bring us together as a nation, instead of driving a wedge further between us.

Perhaps expecting anything else from President-elect Trump was foolish on my part. But as we get closer and closer to living in Trump’s America, it’s hard not to wonder if anyone is actually driving the bus.

But maybe this is exactly what the Trump presidency will be: Our commander in chief squabbling with the entertainment industry. He won’t understand why the country’s culture centers lean more to the left, much less why the economy in the rust belt is crumbling (or that he won’t be able to fix it). All Trump can understand is who likes him, who doesn’t, and how quickly he can hit back.