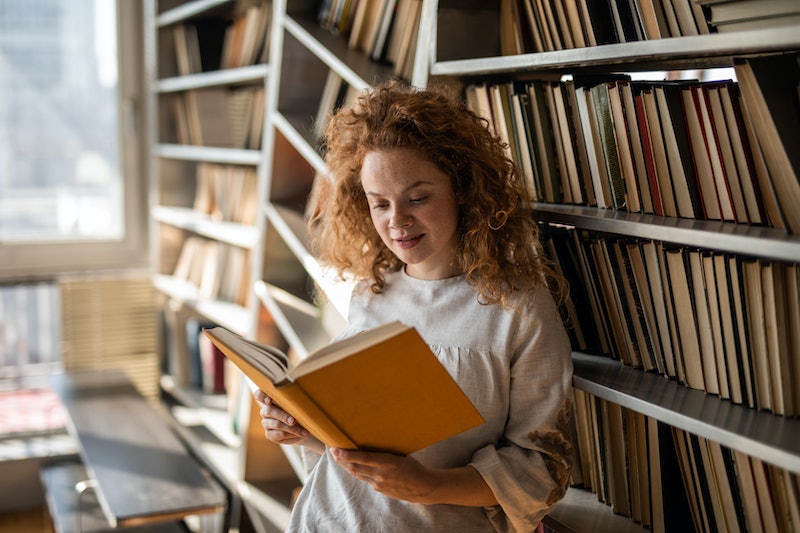 In July 2016, a group of American scientists from the University of Vermont made headlines when they published some preliminary research about novels in English; an algorithm about their emotional storylines, more specifically. The Vermont scientists claimed that they’d discovered the only six story lines in English literature through combing through over 1,700 works of classical literature using language processing filters. (It took less time than actually reading them, which one suspects may be missing the point of having access to over 1,700 books.) And now they’ve released their final findings, to create controversy once again. How real is the whole idea of a central cluster of storylines, and what can it tell us about storytelling in general?

The Vermont project was inspired by Kurt Vonnegut, the great author of Slaughterhouse-Five, whose Masters thesis for the University of Chicago was based around the idea that there were only a limited amount of plots available in the world. (It was rejected.) Vonnegut was a great believer in the inherent emotional thrust of stories, telling the Paris Review in 1977 that readers "go gaga about love. If a lover in a story wins his true love, that’s the end of the tale, even if World War III is about to begin, and the sky is black with flying saucers." And the Vermont scientists took him up on the concept, not only of emotional impetus but of a limited amount of actual story-lines, at least in 19th century literature in English.

That they did it using a collection of different language filter programs trained to recognize "negative" and "positive" words and associations across the span of stories has proved massively controversial. So can you really divide all of literature into six?

How The 6 Main Plots Were "Discovered"

The scientific method involved in the experiment done by Vermont was actually pretty fascinating. It involved three different language filters designed to do different things to the narratives they encountered. The first picked out the emotional direction of a particular bunch of text based on the occurrence of certain words, the second sorted these groups out from one another, and the third separated the bits of “actual storyline” from “background noise.”

The particular storylines the study picked up will be familiar to anybody who has read a book, or seen a play or film: rise (rags to riches), fall (riches to rags), fall-rise (“man in a hole”), rise-fall (the Icarus story), rise-fall-rise (Cinderella and other fairytales) and fall-rise-fall (tragic heroes like Macbeth or Oedipus). Interestingly, you can track the particular words used in the study in their online materials on their website Hedonometer, which was designed to collect the data on all the works cited (which, bizarrely enough, includes history books and cookbooks, a collection of book reviews, the journals of Dr. Livingstone, the mining laws of Ohio, and other things that are distinctly not fictional).

Why This Isn't Necessarily The Total Sum Of Plots

Here are several of the ways in which the study’s limited, though. For one, they used only books available via Project Gutenberg, out of copyright or made available using copyright negotiations. In that sense, it’s heavily biased towards books that were written a century or more ago, as part of the “classic” corpus of English literature, and doesn’t necessarily reflect the movements in novelistic plots made over the past few decades (or shifts in the genre itself). Things were a bit more straightforward in Anna Karenina and Great Expectations than they are in the world of postmodernism. (Also, what has been digitized or not by the Gutenberg project has obviously slanted the results.)

For another, they were restricted to works in English, which, as any scholar of comparative literature across languages will tell you, is a major limitation. While many folk legends and literatures carry similar characteristics and characters, the particular emotional patterns embedded in, for example, the long history of Japanese literature can be different from the ones in English. Noh drama, one of the foundations of Japanese literary art, is based on one dominant emotion rendered through ritual that builds throughout the play. That's not exactly going to fit into the Vermont model.

Also, the demonstration of emotional curvature in a work of literature isn’t necessarily all encoded in descriptive language. Symbolism is also meant to be evocative, and can lead the way in a situation where the emotional stance of the heroes and heroines is ambiguous; there are subtleties that an algorithm may not catch. The complexity in which words and images can combine to create plots has led to a lot of previous confusion about "basic" plots, most famously when French writer Georges Polti distilled them into 36 "dramatic situations," from "involuntary crimes of love" to "conflict with a god." The Vermont situation is meant to follow a basic emotional trajectory, and it does fit many objects; but it's necessarily dated and restricted in its outlook. "It would be fascinating to see the University of Vermont’s program applied to contemporary fiction," Alison Flood wrote in The Guardian in July; but contemporary authors who are afraid that they're being derivative could take comfort from the fact that they're just doing something age-old.

It depends, ultimately, on how you define plot. Is it the emotional direction something takes? Is it about power, or the people involved, like in Polti's model? What if a novel has no plot whatsoever, or actively attempts to do away with emotional rises and falls altogether? The Vermont position might be a bit limited, but it's still heartening to see that, at heart, we really do just still like the same kinds of stories over and over again.