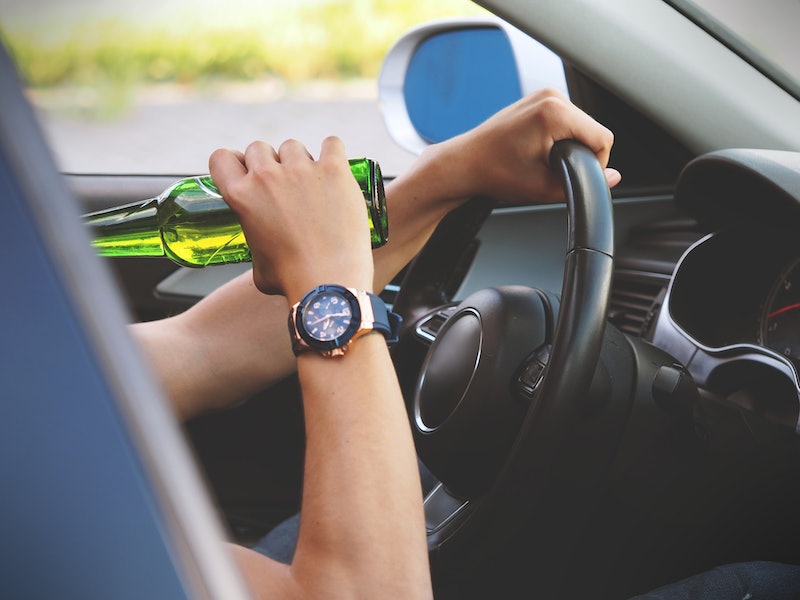 Many people enjoy getting some beers with friends or drinking a glass of wine when they're stressed, but sometimes it can be hard to tell when someone is just having fun or if they're using drugs or alcohol to cope with their problems. There are a number of subtle signs that someone has a substance abuse problem, and they're not always as obvious as we may think. Not all people with addictions walk around with a flask in their hand stumbling around, so if you're considered about a friend or a family member, you'll want to pay attention to other indicators that something is amiss.

"One reason why it is difficult to spot who is using and abusing drugs is that individuals using substances are very aware of the need to hide their substance use," says Dr. Marc Romano, Assistant Medical Director at Ocean Breeze Recovery, over email. "Individuals using substances are very quick to explain their appearance and/or behaviors by using more socially acceptable explanations."

If you feel that someone close to you might have an addiction, you'll want to pay attention to these nine subtle signs that someone could have a substance abuse problem. Each of these symptoms alone doesn't mean they have an issue, but if they exhibit multiple signs, it could be an indicator that they're abusing drugs or alcohol.

"You might notice they are more frequently canceling on you when you were supposed to hang out, or your friend might be giving you new excuses for why they’re not spending time with you," says Kim Cognato, LADC, LPC,CCDP, CAC, MATS of the Mountainside Treatment Center, over email. "Perhaps they are going to parties that they normally wouldn’t go to. This person could be intentionally isolating themselves from their normal friend group to mask their issue."

2. Their Appetite Has Changed

If you notice your friend or family member has a sudden change in appetite, this could mean that something is wrong. Their appetite can increase or decrease depending on the drug, but their eating habits will appear different if they're relying on substances.

People with substance abuse problems can often appear shaky, restless, and nervous. This could lead to paranoid or secretive behavior, as they are attempting to hide their problems, says Romano.

4. Their Sleep Habits Are Off

"A subtle signifier that someone might have a problem is changes in personality and behavior," says clinician Whitney Baliett, MA, LADC of the Mountainside Treatment Center, over email. "This can include increased irritability, mood swings, angry outbursts, and patterns of isolation." This usually occurs from the substance wearing off, and it can cause them to act out against people close to them, according to the National Council of Alcoholism and Drug Dependence.

6. They're Trying To Hide Their Physical Appearance

"The use of substances can result in changes in appearance, such as blood shot eyes, poor hygiene, and weight loss," says Romano. "Most individuals who abuse substances are aware of the importance to minimize any signs of drug use. For example, individuals abusing drugs may use Visine to remove the red from their eyes, use concealer or foundation to hide dark circles under their eyes, and wear cologne or perfume to hide any scent of alcohol use."

7. They Have Money Problems

Addictions are costly, so someone who has a substance abuse problem may find subtle ways to make some extra cash, according to The Palm Beach Institute. This could include borrowing from friends or family, working extra shifts, obtaining loans, or tapping into other funds.

8. They Always Have A Vague Sickness

If someone you know is always feeling sick and taking more sick days than usual, this could be a sign something is amiss. Although they always seem to have some sort of explanation for their symptoms, if it's happening super frequently, their substance abuse might be to blame.

Masking the smell of drugs or alcohol involves a lot of mouthwash, breath mints, and other scents that can help hide usage. "Look for hand sanitizer, chewing gum, mints – anything to cover up the smell of use," says Dr. Harold Jonas, PhD, LMHC, CAP., clinician and CEO and Founder of Sober Network Inc., over email.

Finding out someone has a substance abuse problem can be difficult to deal with, but you can use these resources to help the person get the help they need.