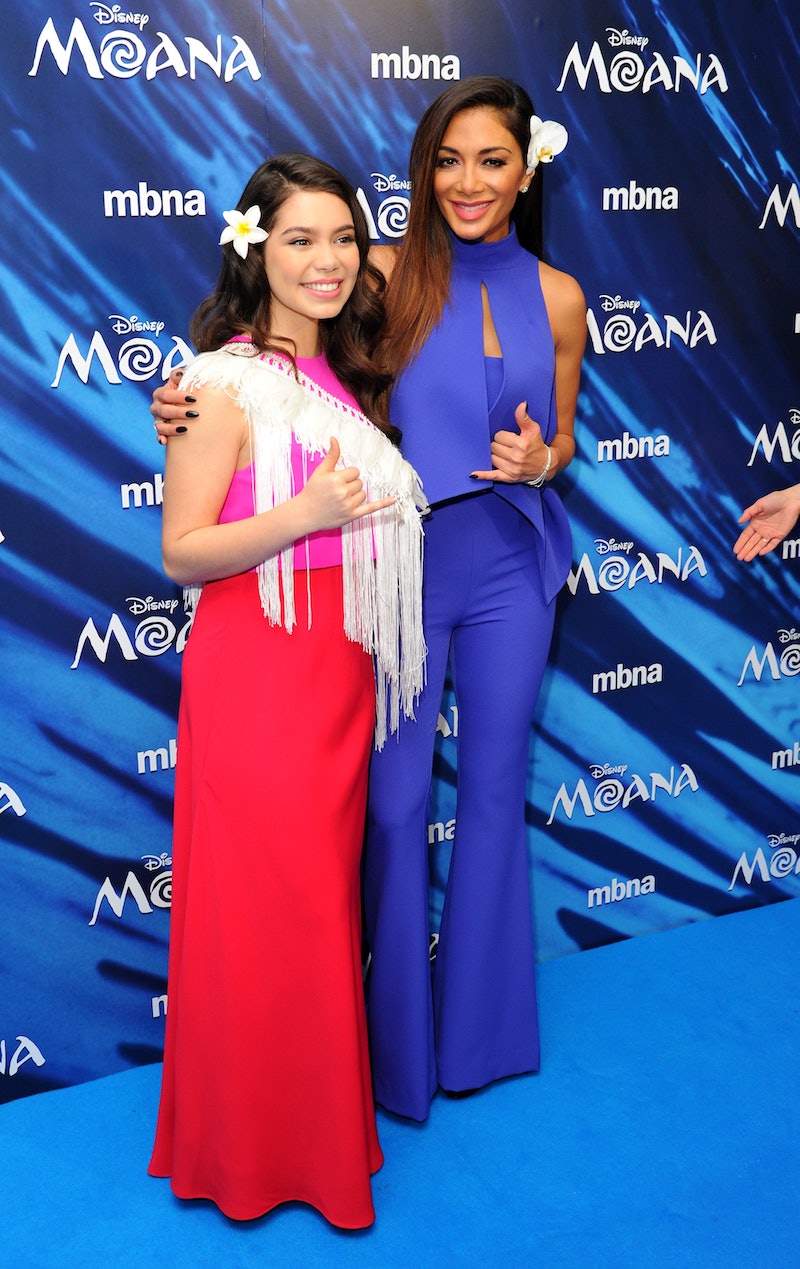 Disney takes a big leap with the new film Moana in which its leading lady could be the first of her kind to flat-out say, “I’m not a princess.” There is nothing wrong with being a princess, but Moana is a different breed of strong woman — and she lets the world know it. Moana tells the story of a young girl who sets out on a long, challenging voyage across the ocean to save her Polynesian island and people. When her sidekick and demigod Maui (Dwayne Johnson) calls her a “princess” because she’s the chief’s daughter, Moana (Auli'i Cravalho) immediately argues against it. Nicole Scherzinger, who plays Moana’s mother Sina, explains how Moana’s “warrior” status is not only an important reflection of her character, but of Scherzinger herself and Polynesian women as a whole.

“Sometimes I felt like it was, not derogatory, but used in a negative light when Maui says [princess],” says the actor. “Like, ‘You can’t do this, go home, you’re the chief’s daughter, you just need to play with your animals and have people feed you and fan you,’” Scherzinger says. Moana’s defense is true of her real-life people. “She’s saying, ‘I’m not a princess like that. I’m a warrior.’”

Scherzinger, who’s a Hawaii native, says she loves how accurately her people — specifically, the women — are portrayed in the film. “The Swedish people have the vikings and we are warriors,” says the 38-year-old. “Moana didn’t want to be looked down upon like she was less-than and too prissy for something. She’s like, ‘Just because I’m a female doesn’t mean I can’t do it, too.’”

Scherzinger says Polynesian women have strength and drive that make them “solid as a rock,” as Moana portrays. “In our culture, the men are the head of the household, but the women are the backbone. They’re the strong ones,” she says. After hearing Scherzinger tell her story, I see why she can so deeply relate to Moana, mostly because she overcome obstacles that weren’t in her favor, ultimately leading to her success.

“Everything I’ve done in life pretty much. My friends always say I’m the hardest worker, I just go, go, go. I don’t speak about it, I just do it,” she says. The performer tells me she grew up on the west side of Hawaii, or the part some would call the “ghetto side.” “I was a little brown girl who came from no money and nothing. My family wasn’t able to help me out, they just instilled in me a strong faith and love. I never had a means to get to Hollywood,” she says. But here she is.

When reflecting on her own life, Scherzinger knows she still has many exciting triumphs ahead, and thanks her heritage for that. “I feel like it’s only the beginning of my story, there’s so much more. [Strength] is just in my bloodline, it’s who we are as people,” she says.

And I have no doubt the best has yet to come for her.