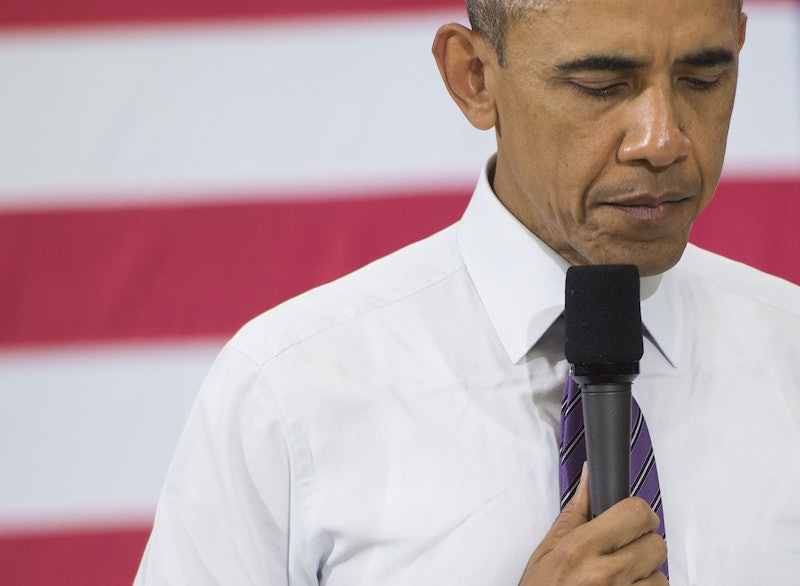 One of the chief components of Donald Trump’s presidential campaign was to make good on the Republicans’ unceasing threat to repeal and replace the Affordable Care Act. Speaking on Fox News Sunday, Vice President-elect Mike Pence said that the Obamacare repeal would be Trump’s top priority after he takes office in January. But what does a post-Obamacare America look like?

The honest answer is that nobody really knows. Trump has not offered much in the way of plans, but fortunately for him, House Speaker Paul Ryan has some very detailed policies ready and waiting to go. The plan does a strange job of marrying some of the more popular components of Obamacare — like the provision which allows kids to stay on their parents’ health plans until they’re 26, and the prohibition on denying coverage to people based on pre-existing conditions — with conservative ideologies, removing the individual mandate and minimum benefits for health care plans.

But even if we assume that Ryancare (just rolls off the tongue better than Trumpcare, I think) doesn’t destabilize the health care markets, it still outlines a vision of America that is a lot less kind than the one we have now. That could have unintended and unpleasant consequences for a lot of people.

One of the key elements of Ryan’s plan is to remove two of the major mandates that the law puts on both purveyors and purchasers of insurance. Right now, Americans who don’t purchase “minimum essential coverage” health insurance get a penalty imposed through the IRS. Taking away this penalty will both allow Americans who can’t afford or don’t believe they need health insurance to go without it, and allow health insurance companies to provide substandard (i.e. crummier) insurance products, which Obamacare’s minimum essential coverage was supposed to help curb. You could end up with more people who are uninsured, insurance pools full of sicker people, and insurance companies marketing crappy products.

According to NPR’s Alison Kodjak, Ryan's plan is focused on moving people to high-deductible plans (that is, you pay more for healthcare before the insurance kicks in), pushing more of the financial onus onto the people who end up actually needing the insurance.

The problem with this is that it seems to fundamentally misunderstand what insurance is for: everyone chipping in a little bit so that whomever misfortune singles out isn’t caught out. What I believe conservatives dislike about it is that they’re forced to pay for someone else’s well-being (operating under the presumption that they won’t need it themselves). Ryancare might save people money in the short run by punishing those who get sick with higher out-of-pocket costs, but it’s an unkind way to run a society.

Of course, this doesn’t even get in to the potentially dire repercussions for women’s health and reproductive health — with “conscience clauses” and promises to “enforce the Hyde Amendment.” The way I see it, Ryancare, much like Ryan and the Republicans themselves, are unable to conceive of people’s experiences outside of their own. And that makes our country a harder, meaner place.