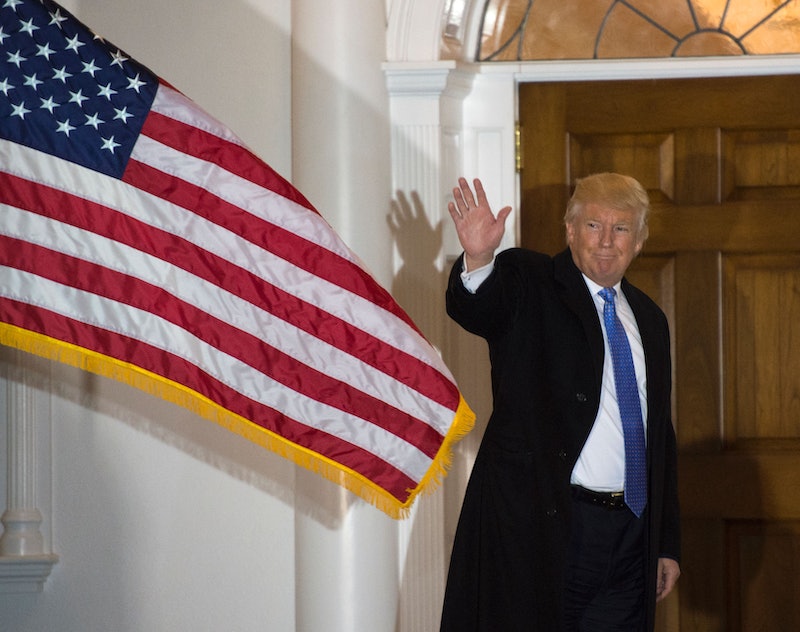 Donald Trump's presidential election victory is unprecedented in many ways, but perhaps most in the many difficulties that arise from the president-elect being involved with business transactions worldwide as he enters office. During his campaign, Trump refused to release his tax returns, breaking with long-held precedent for presidential candidates. Now, observers are left trying frantically to analyze what kind of investments Trump has both at home and abroad that could lead to conflicts of interest, and potentially even ethics violations.

On Friday, The Washington Post published a look at what seems to be the most problematic way Trump's businesses potentially create room for foreign interests to bend the rules and exchange money for access: Trump's brand-new property, the Trump International Hotel in Washington, D.C. The Post spoke with several foreign diplomats who felt staying at Trump's hotel was obvious for anyone dealing with his administration.

“Why wouldn’t I stay at his hotel blocks from the White House, so I can tell the new president, ‘I love your new hotel!’ Isn’t it rude to come to his city and say, ‘I am staying at your competitor?’” one Asian diplomat, who remained nameless, said. According to the report, since Trump's hotel charges more for rooms than similar D.C. hotels, staying at Trump's hotel means diplomats are spending extra money that goes straight to the president-elect and his family.

The potential for ethics violations from Trump's hotel properties could extend far beyond Washington. The New York Times reported the day after Trump's election that the Philippines had appointed as its U.S. trade envoy a business partner of Trump who is working together with him on a hotel in Manilla. The Argentine news outlet La Nacion reported that in a conversation with Argentina's president, Mauricio Macri, Trump asked the foreign leader to expedite permits for an building his company is developing in Buenos Aires. The Trump transition denied this report — "Not true," Trump transition spokesman Jason Miller said in an email to USA Today — as did the Argentine government.

The New York Times also reported on Monday that Trump took a break from transition efforts last week in order to talk with some Indian businessmen about Trump hotels in Pune, India. This seems like a violation of Trump's promise to relinquish control of his businesses to his children. By the way, handing over his business to his children when Ivanka, Eric, and Donald Jr. are part of the transition team poses its own conflict of interest concerns, according to some experts. "If they're going to be involved in government functions — and they're starting down that road — and running the business, that's going to make it very difficult to separate the government and business functions and deal with the conflicts of interest," Washington attorney and ethics specialist Kenneth Gross told Reuters.

Donald Trump won the presidency while espousing a message of cleaning up Washington from conflicts of interest. He called his opponent "Crooked Hillary" and insisted her connections with the Clinton Foundation while serving as secretary of state disqualified her. In under two weeks since his election, Trump has been shown to have significant potential conflicts of interest of his own. The question is: Are Republicans going to be half as tough on Trump's mixing of his wallet and the national interest as they were towards Clinton during the campaign?