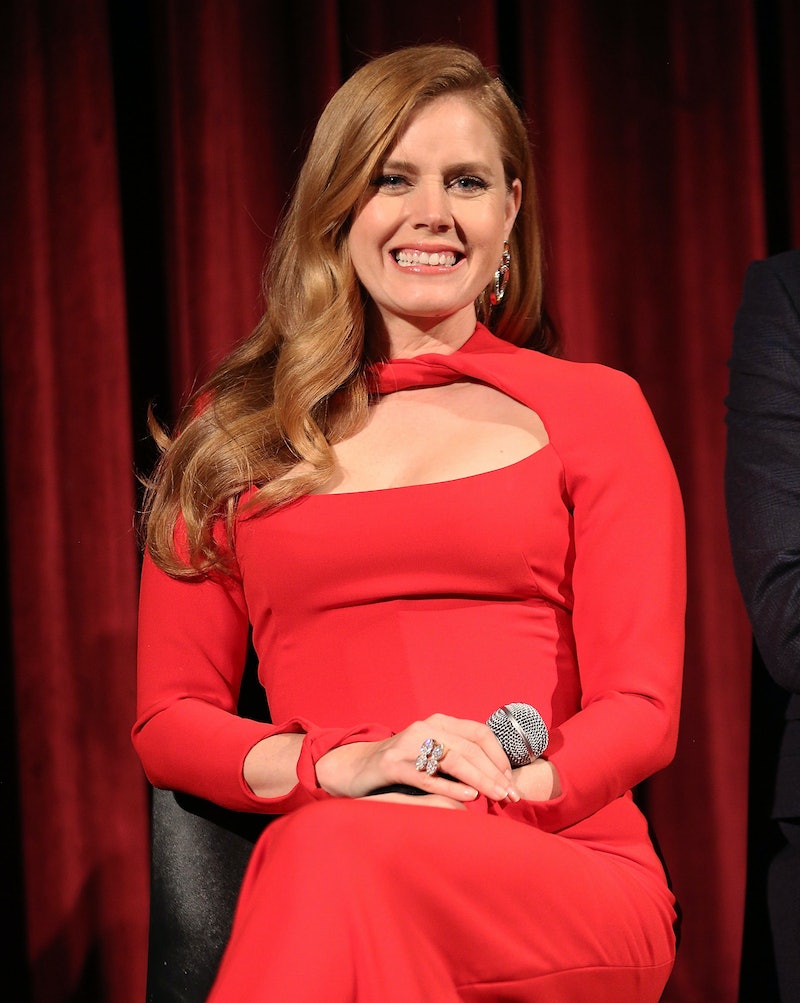 It's no hidden truth that there is a gender pay gap present in America, as well as in Hollywood and the gender pay gap topic always seems re-enters the conversation as the entertainment industry heads into Oscars season. At The Hollywood Reporter's Actress Roundtable, Amy Adams said the discussion about the gender pay gap is better left to those who actually have control in Hollywood: the producers, as reported by the host publication. Currently starring in Arrival and Nocturnal Animals, Adams was recently invited to join roundtable to discuss a variety of subjects pertinent to her work and position in the industry.

According to The Hollywood Reporter, she said the time has come to stop asking actors — who have little say in the pay gap aside from setting the terms of their own salary per picture — how they feeling about consistently getting short-changed for their work. When the tired — but still tireless — topic of the pay gap arose, Adams told moderator Stephen Galloway: "Who you should be asking is the Producer Roundtable: 'Do you think minorities are underrepresented? Do you think women are underpaid?' [...] We are always put on the chopping block to put our opinion out there, and that question is never asked. I’m like, 'Why don’t you ask them and then have their statements be the headlines in the press?' I don’t want to be a headline anymore about pay equality."

Adams isn't the only woman actor who has spoken out about the topic. Patricia Arquette's 2015 Oscars acceptance speech was focused on various inequalities, including the pay gap. While it was a major highlight in an ongoing discussion for women in Hollywood, Arquette's speech unwittingly included the blindspot of not considering the producers who helped foster the inequality to begin with. Adams rightfully drew attention to this fact (and it's about time). If one were to make the argument that Hollywood is a microcosm of the United States of America, then studio heads and producers would be stand-ins for over three governing branches. As such, those Hollywood big-wigs are in control of affecting serious change. So why not bring them into the conversation and truly shine a spotlight on them?

Adams' gumption is admirable and her words couldn't be more relevant. It seems that the gender pay gap may never close completely but to be able to draw attention to those who are culpable but also capable of really bridging the divide is absolutely necessary. While it may seem a bit silly to listen to the words of an actor, if we again go with the Hollywood/real world parallels, the Adams is, in a way, speaking for all women.

Eloquent, strong, and devoted to her work, Adams reminds us once again why she remains at the top of her field. If there's anyone I want on my team, it should be her.

More like this
Twitter Is At Odds Over Taylor Swift’s Possible ‘All Too Well’ Oscar Run
By Brad Witter
Beyoncé & Madonna’s “Break My Soul” Remix Honors A Group Of Black Icons
By Stephanie Topacio Long
'The Capture' Is Finally Back – & S2 Looks Tense AF
By Sophie McEvoy and El Hunt
Gassed Up Promises All Things Action, Risk, & Redemption
By Frances Stewart
Get Even More From Bustle — Sign Up For The Newsletter