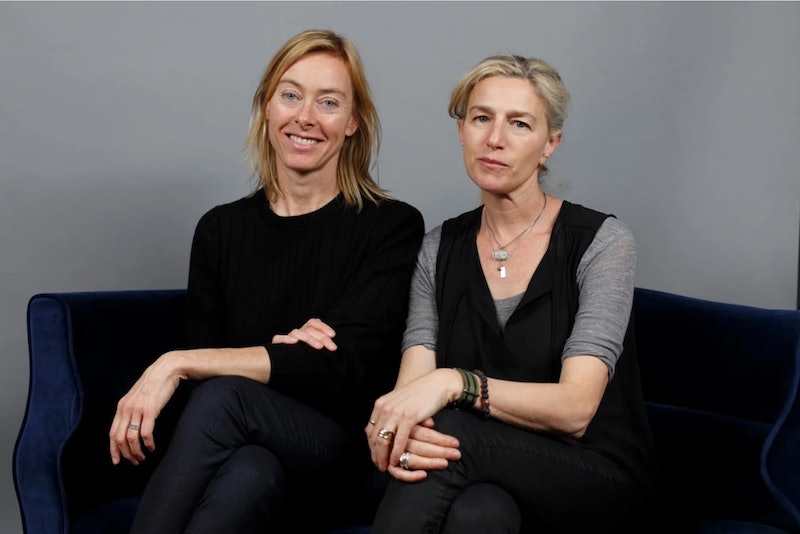 It's hard to believe that it's been over three-and-a-half years since the Boston Marathon Bombings, the terrorist attack that caused the deaths of three people and injured over 260 others. For those who were in Boston at the time of the tragedy or vividly remember watching it unfold on the news, that April day feels like it was just yesterday — but now, a pair of new films depicting the events are being released. Peter Berg's Patriots Day, out Dec. 21, chooses to recreate that fateful day with a cast of actors, but Ricki Stern and Annie Sundberg's Marathon: The Patriots Day Bombing , on HBO now, takes a documentary approach to portraying the events of Apr. 15, 2013. Marathon is a powerful, often heart-wrenching film, featuring footage of the attacks and interviews with survivors, and speaking with Bustle, Stern and Sundberg explain just how they handled making such an intense documentary.

"We didn't want to glorify or sensationalize the violence and the graphic nature of the actual terrorist attack," says Stern, speaking with Sundberg during a Facebook Live video in Bustle's New York office. But while meeting with several of the survivors featured in the film, Stern explains, she and Sundberg found that "across the board, they really said that it was important for us to show what really happened and that it's important for people to know what it looks like when you're blown up by a bomb."

Marathon doesn't shy away from showing the horrifying details of the attack and its aftermath, including both the physical and emotional effects experienced by the survivors of the bombings, as well as their families. Yet while the film is most certainly painful to watch at times, it's also frequently inspiring, a movie as much about family bonds and community support as it is terrorism. "This act was determined to tear a city apart, a nation apart, and it did the actual opposite," says Stern. "It actually brought people closer. It unified people." And in that unity comes bonding over the trauma experienced by the survivors.

"The gallows humor is definitely present," says Sundberg. "I think anyone who's gone through an experience like this, the only way you mentally survive it is that you have to be able to have fun at some point in your life."

And while the filmmakers readily admit that it might be hard for some people, especially those who were in Boston at the time of the attacks, to watch a movie depicting that day, they hope that audiences will be able to view Marathon as a film not about tragedy, but about triumph. "It is [about] this sense of humanity, the resiliency of the human spirit," says Stern. "You don't have to be a survivor of a terrorist attack to have had some kind of tragedy in your life, or something that has been challenging, and to witness people overcome... and how the community came together to really unify and help people struggle and survive and achieve, is very uplifting."

Marathon may be a difficult movie to watch, but it's also one of the most important, and powerful, documentaries you'll see this year.