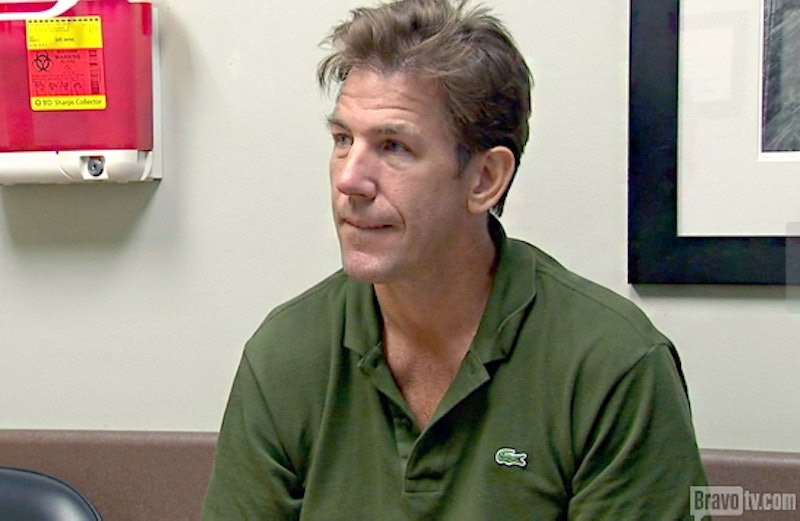 Poor, poor Thomas Ravenel. The fallen state treasurer turned reality TV star is facing problems outside of being a fallen state treasurer turned reality TV star. Southern Charm's Thomas Ravenel had his license suspended following a drunk driving offense in New York. This means that not only can Ravenel not drive in New York, he also can't drive in his beloved South Carolina. According to the East Hampton Star, Ravenel plead guilty to a misdemeanor count of driving while intoxicated on March 26 for an incident that occurred in July 2013.

Ravenel's license has been suspended for six months and he was also fined $1,400. After the six months are up, Ravenel will have to install an interlock device (breathalyzer that controls whether your car starts) when he drives in New York. As for when he's at home, a spokesperson for South Carolina's Department of Motor Vehicles says, "we apply the conviction as if it occurred here."

Ravenel has spoken on Southern Charm about wanting to revive his political career, but things aren't looking good. After resigning as state treasurer in 2007 and being charged with involvement in a cocaine distribution ring, Ravenel served 10 months in prison. These days he's on a reality show dating multiple women who are much younger than him — fine normally, but if you're trying to get your career as a politician back on track and you were already found guilty as being part of a cocaine ring, it's not a smart move — and now, on top of that, he's had his license suspended for drunk driving.