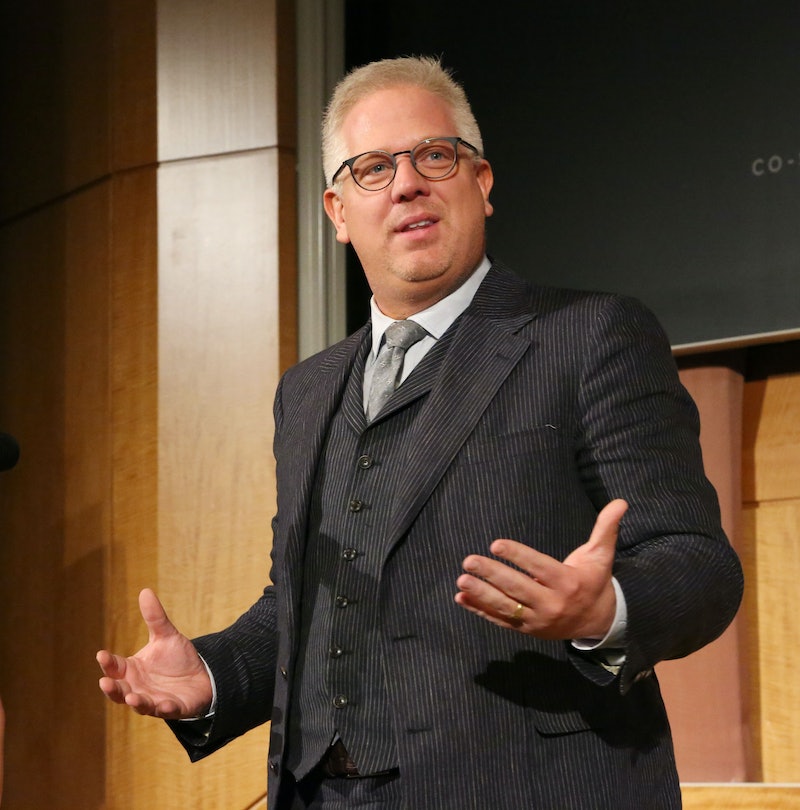 So far this year I have said a lot of things that I never thought possible. Donald Trump is president. The Chicago Cubs are World Series champs. And now, Glenn Beck is a voice of reason? The conservative media personality, most known for culling various conspiracy theories on his shows and calling Obama a "racist" (which he later expressed some level of regret over) says he has seen the error of his ways. Now, Beck is looking to repent by warning Americans of the political climate that is to come, even if he may have fueled its creation in a prior life.

Earlier this month, The New Yorker ran a piece called "Glenn Beck Tries Out Decency." When I read it, at first I had to check the byline. I figured it was the work of the magazine's political satire writer, Andy Borowitz. I was surprised to find it was not. This was really Beck calling a speech by Michelle Obama "the most effective political speech I have heard since Ronald Reagan." He said that the alt-right, which some could argue he helped embolden, "scare[d] the hell out of" him. He talked about sympathizing with the disenfranchisement felt by members of the Black Lives Matter movement. It was a Beck that I was unfamiliar with, the polar opposite of the right-wing, mad man persona he cultivated over the past decade.

But why make this change now? Why would Beck choose to walk back the comments and outrage he build a media empire off of? He says it's because he is that concerned about what a Trump presidency will do to this country, saying "I think he could be one of the most dangerous presidents to ever come into the Oval Office." After meeting Trump, Beck said that he knew something was off with him. "This guy is dangerously unhinged," Beck said. "And, for all the things people have said about me over the years, I should be able to spot Dangerously Unhinged." Beck has also come out against Steve Bannon, calling him a "terrifying man," with "a clear tie to white nationalists."

Beck has acknowledged the role he had in getting us to this place. Presenting factual information in a calm and respectful manner has never been his forte. From joking about poisoning Nancy Pelosi to stoking fear over radical Islamic terrorists, Beck's rhetoric has been harsh and not inclusive. He admits he did a lot of "freaking out" about Obama, but that the president ultimately made him "a better man."

While he's received praise in these profiles that paint him as a changed man, there's still a healthy dose of skepticism on both sides about whether his new-found decency is to be trusted. Some say he did too much damage over the past decade to be suddenly forgiven and brought into the fold now.

It's hard not to consider if this is part of Beck's plan to improve his media brand, which includes The Blaze and The Glenn Beck Radio Program, and carve out a new niche for himself in a changing political media world. Beck insists he's doing this for the right reasons, but knows it will be hard to convince the public of that.

I know I wouldn't believe me if I heard myself apologizing, so I'm telling you now: Don't take my word for it. Watch my actions. I don't care what you think about me. All I care about is saying, Please, don't make the mistake I made.

I know we love our redemption stories, but I would have to agree that we shouldn't get too caught up in this fairy tale. However, personally, I would like to see Beck lead by example to bring us back to a place where having different politics doesn't destroy relationships. And Beck's recent op-ed in the The New York Times, urging Americans to "get past politics and find common principles" leaves me at least a bit hopeful.