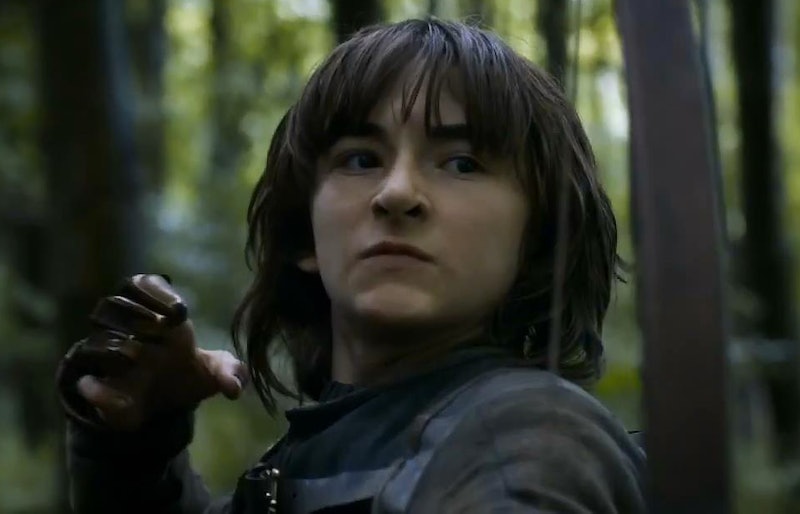 Think back to 2006. Harold Perrineau's Michael Dawson is running through a jungle on Lost screaming "WAAAAALT!" at the top of his lungs. But Walt is nowhere to be found. That's because, much like with the children on Games Of Thrones, puberty waits for no man, and it certainly doesn't wait for television productions. So what's Game Of Thrones ' plans with actors like Maisie Williams, Isaac Hempstead Wright, and Sophiie Turner, who continue to age past the years of their characters in the Song of Ice and Fire series?

Game Of Thrones co-executive producer D.B. Weiss answered that question (kind of) in a recent interview with Vulture:

It's a complicated question, and there's no simple answer. I would say that there are a lot of factors at play, and we keep them all in mind. Ideally, of course, we would like George's books and the show to hit at the same time, but we just kind of make the best show that we can, based on this amazing road map. I think Sophie's already taller than I am, but what are you going to do? It just comes with the territory, where you buy it that people are aging at a different rate on the show than they do in the real world. You kind of buy into that.

Though the evidence of aging is clear in all of them, the most visible difference might be in Wright's Bran, whose most definitely not the seven year old the books introduce him as. The characters were aged up initially for the series — AKA, Wright was definitely not seven, and Emilia Clarke's Daenerys Targaryen was definitely not presented as the thirteen year old she is in the novels — but it's an interesting dynamic when characters initially presented so young bounce up against the real-life escalation of time.

Unlike in Lost we doubt anyone will be written off Game Of Thrones purely due to age. In fact, the aging of the actors has actually allowed the show to more easily exist outside of the slow-slogging timelines of the original books, moving forward through the years in a way the novel hasn't. For some that may be a loss. For others it's a nice bit of added realism to an unrealistic situation.