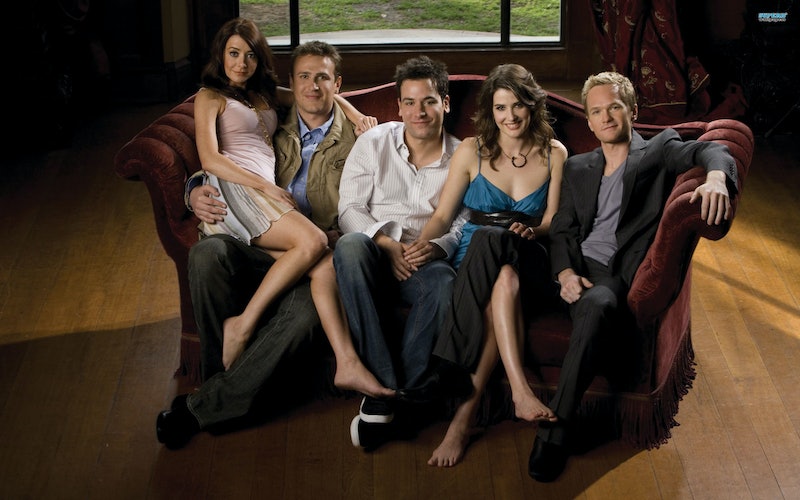 After nine years of laughter, tears, and some pretty incredible dancing, the How I Met Your Mother series finale has finally aired. The CBS sitcom that started in 2005 has been laboriously telling the story of who mothers Ted Mosby's (Josh Radnor's) children. Is it Robin (Cobie Smulders)? Victoria? Stella? Katie Holmes in that pumpkin costume? Barney in some twisted, science-fiction turn of events? Nope: the Mother on How I Met Your Mother is Tracy. And after nearly a decade of waiting for that news, fans are not happy. As expected, the HIMYM finale illicit quite the online response.

But first, the details: Ted doesn't move to Chicago because he "met a girl." Everyone is thrilled! Then Robin and Barney get a divorce. Everyone is sad. Then Lily is pregnant! Everyone is happy! Robin is a jerk who always wants what she can't have! Everyone is pissed. Marshall's going to be a judge! Everyone is excited. Barney hates his newborn, then loves his newborn! Everyone is relieved, and or crying. Then the Mother dies and Ted gives Robin a blue French horn. Yada yada yada, everyone's upset. But overall, there's not as much online ire as you'd expect.

So get out your scotch, turn up the sports radio, make some Canadian jokes and high five your nearest comrade, it's time to dive deep into the harried, opinionated, domineering, inflexible, and oh so hilarious Twitter fandom of HIMYM.

As for us, we'd like the last nine years of our lives back. (Self high-five.)

More like this
“The Door Is Always Open” For Another 'Breaking Bad' Spin-Off, Says AMC Boss
By El Hunt
Emma Thompson, Lashana Lynch, & Stephen Graham Lead Netflix’s 'Matilda'
By Sophie McEvoy
'The Undeclared War' Took Inspiration From This Gavin & Stacey Location
By Maxine Harrison
'The Undeclared War' Is A Must-Watch For 'Black Mirror' Fans
By Maxine Harrison
Get Even More From Bustle — Sign Up For The Newsletter