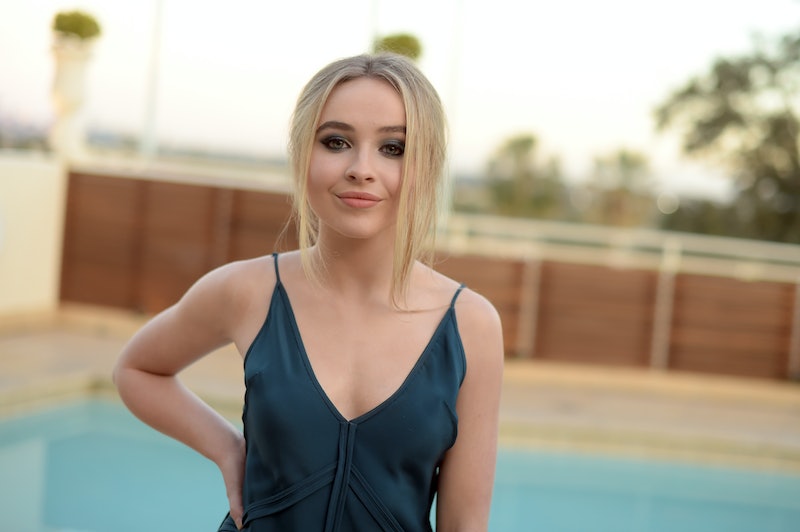 If you're a fan of the buzz-worthy novel, The Thousandth Floor, and haven't heard the good news yet, brace yourselves. According to Variety, "Mega-producer Greg Berlanti and Witches of East End creator Maggie Friedman are adapting upcoming book series The Thousandth Floor " for TV. So, you know, get your squeals out now so we can get to the issue at hand. You good? Great. Now, if you're anything like me, you're probably wondering who is going to be cast in the show, and if ABC is going to get the casting right. Especially when it comes to one of the central characters, Avery. So, who will play Avery Fuller in The Thousandth Floor TV show?

Well, that remains to be seen. But, in the meantime, I can suggest some worthy candidates can't we? Um, I totally can. To give you a little more background, Variety describes the synopsis of the show as,

The futuristic year 2118-set drama takes place in a thousand-story supertower on Manhattan’s Upper East Side where a young woman’s fall from the 1,000th floor ignites a scandal that ensnares the top-floor elite and the bottom-floor drones. In the story’s hyper-stratified world, the higher you climb, the farther you fall.

Intriguing and enticing, that's for sure. But back to the whole casting thing. Case in point: Avery is described as the ideal child, one that her parents had made purposely and specifically to be genetically flawless. As per the book, "Pierson and Elizabeth Fuller had paid for this daughter, with honey-colored hair and long legs and deep blue eyes, her dad’s intelligence, and her mother’s wit." With the setting and plot in mind, it can be easier to envision what kind of show this will be and who will best serve it.

While obviously no one is "perfect" in real life, even though the book describes Avery as so, the following actors do seem perfect for this part.

Sure, Graham has green eyes, not deep blue ones, but contacts can take care of that easily. Most importantly, she's already comfortable with dyeing her hair blonde, and already looks genetically perfect.

If you're in want of an Avery with charisma, Rickards has it in spades. Though playing a bit older in Arrow as Felicity Smoak, the 25-year-old actor has proven she has the range and ability to play whatever age is required of her. Besides, she certainly looks the part and knows a thing or two about futuristic plots. Her superhero friends are constantly messing with both space and time.

If you've ever seen Thomas in Misfits, then you already know how good she looks with a lighter hair color. Her eyes are hazel rather than blue, but I'm totally willing to overlook that if it means getting to look at her gorgeous face all the time.

You know what would be a good way to dry all of the Pretty Little Liars fans' tears once the show ends? Cast the infamous, mysterious, and beautiful Alison DiLaurentis in another must-see TV show.

OK, so Taylor is the eldest actor out of the bunch, which may put her at a slight disadvantage. But, honestly, when has Hollywood hesitated from casting a 27-year-old as teen before? Taylor not only fits Avery's description but she also has quite the acting chops as her portrayal of Clarke Griffin on The 100 has proven.

Carpenter not only looks like Avery, but, unlike the other contenders, she's actually a teenager. At 17-years-old, she's accomplished quite a bit. And, if you know her as Maya on Girl Meets World, you know that she has that "It factor." The girl is going places, and it'd be wise for ABC to grab her for a role like this before she's out of reach.

So, you know, if any one of these talented ladies were cast, I certainly wouldn't be mad about it.