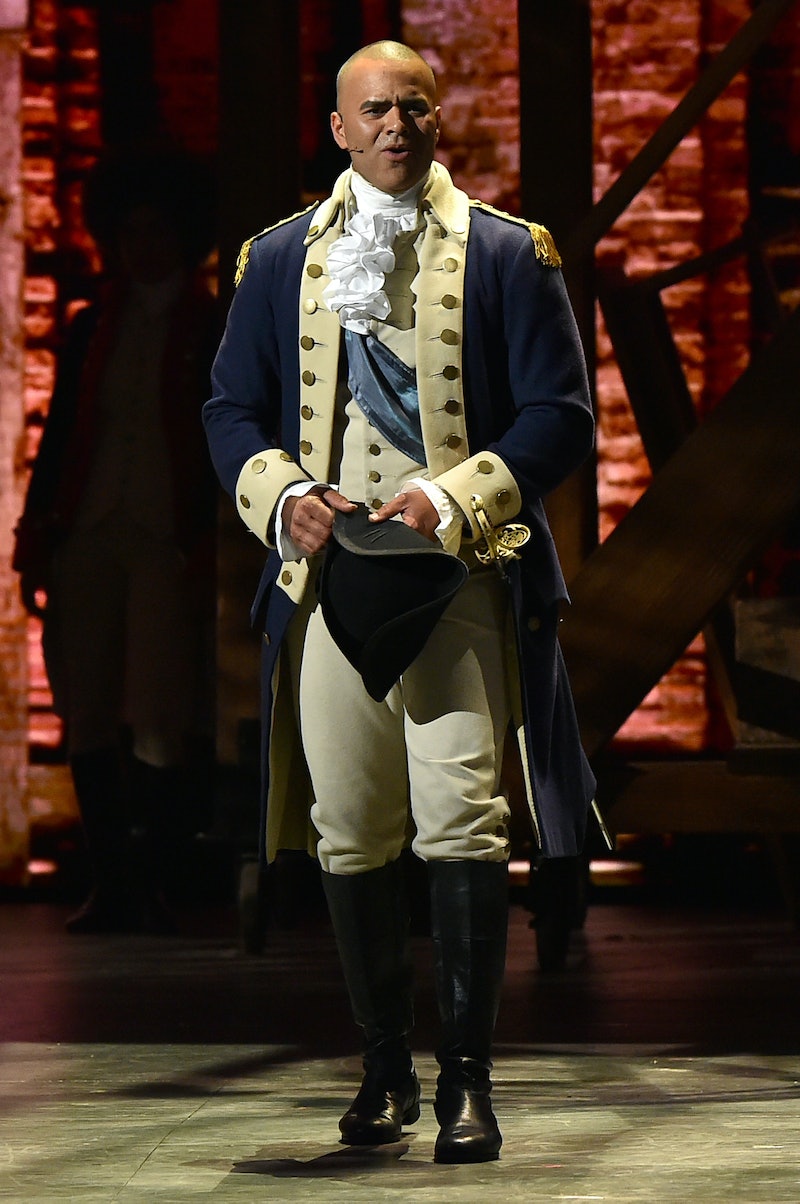 Is there a better way to officially kick off the holiday season than singing along with a bonafide Hamilton star? Christopher Jackson, who originated the role of George Washington in the hit musical, did just that when he sang about kindness with the cast of Sesame Street at the 2016 Macy's Thanksgiving Days Parade. Jackson's appearance at the Macy's Thanksgiving Day Parade is one of his few post-Hamilton appearances after leaving the show in October 2016, so seeing him performing once more was completely magical. For those who missed the chance to watch him in Hamilton, indulging in his musical talents on Thanksgiving morning was pure perfection.

"Try A Little Kindness" is the perfect ditty to get you in the holiday spirit. The choice for Jackson to sing it was exactly the right one, too, with his very smooth tenor giving life to a song that was all about positivity. While "Try A Little Kindness" is not one of his now-famous Hamilton numbers, it was no less timely, upbeat, or important with its message of practicing kindness.

I know it sounds cheesy, but how can you not feel joyous when all of your Sesame Street faves, accompanied by George Washington incarnate, come along to lift your spirits? Make no mistake: Jackson and the Sesame Street gang came to the parade to spread kindness, love, and happiness, which is just what we all need at this point in the year.

As we transition into the holidays this year — feeling even longer and tougher in the post-election weeks — it's no surprise that the tension surrounding us appears to be at a fever pitch. Jackson's message of practicing kindness towards one another, helping those in need, and being the change you want to see in the world is a necessary reminder about what we should focus on as we dive into the holiday season. With lyrics like, "When you help a friend in need, that's kindness," a song about spreading the love wherever you go might just be the thing we need to hear at this point in time.

Jackson's appearance at the Macy's Thanksgiving Day Parade was nothing if not a sincere highlight. Just look at him snuggling up to Cookie Monster post-performance. How can you not love that? Watching Jackson get down with some of our fave Sesame Street characters (which was a big shot of nostalgia for many a millennial) might just be the greatest way to start the Thanksgiving holiday.