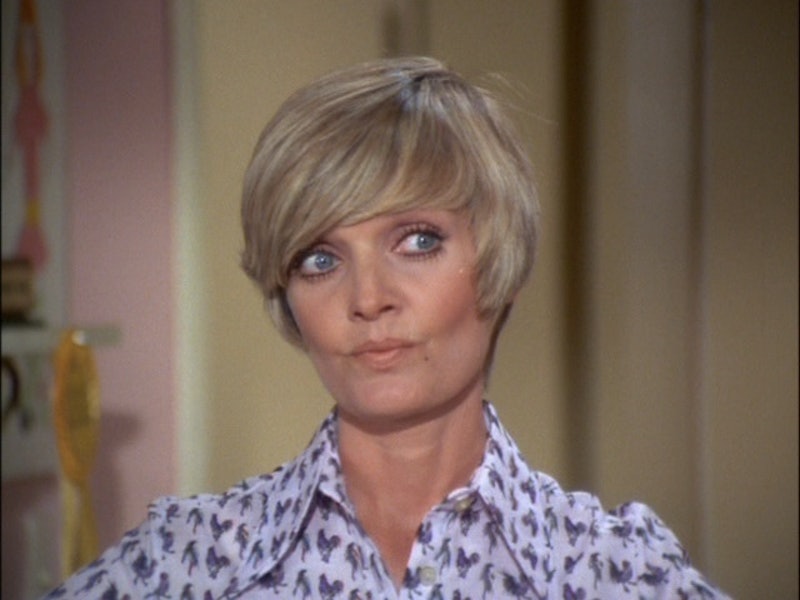 The world is struggling to process the extremely sad news, reported early on Friday by USA Today, that The Brady Bunch star Florence Henderson has died at the age of 82. Henderson was a prolific actor, who was a contestant on Dancing With The Stars in 2010, and even appeared in an episode of 30 Rock back in 2012. But Henderson's best known role has to be as the unforgettable Carol Brady, the Brady family matriarch, and the show undoubtedly had a very real and lasting impact on pop culture. Reruns of The Brady Bunch were a staple for so many of us growing up, and, in particular, Carol Brady quotes were always filled with wisdom, a healthy dose of humor, and the sort of solid motherly advice we all need from time to time.

Henderson starred on The Brady Bunch from 1969 to 1974, and reprised the iconic role in several reunions, spin-offs and TV movies. As a result, there are so many amazing moments from the series to choose from, that helped to cement the actor as one of America's most iconic TV moms. From her matter of fact advice to her kids, to a super positive outlook in the face of any situation, Carol Brady is the icon we need right now, inspiring us even when we feel hopeless. These Carol Brady quotes will help you remember Florence Henderson's most important role.

Carol Brady promoted equality in the best way, ensuring that her girls had the same opportunities as the boys.

She had a positive outlook in almost every situation.

3. "Women are different, we'll just sit calmly and work everything out." (Season 2, Episode 8)

She understood that women are powerful, and celebrated feminism.

She could deliver the most subtle put-down, proving that it's important to put yourself first and not settle for anything less than you deserve.

5. "You shouldn't put down a loser, Cindy, because you might be one yourself someday. Just remember that." (Season 4, Episode 22)

Carol encouraged her kids to be empathetic and realistic.

6. "Not well enough to go on that broken-down barnacle barge of yours." (Season 2, Episode 17)

When you really don't want to do something, use an insult as great as the one that Carol Brady delivered about somebody's boat.

Carol perfectly schooled everyone one on what was funny, and what wasn't.

8. "If you know what you did was wrong, that's more important than any punishment." (Season 2, Episode 14)

Guilt can go a long way.

Florence Henderson will be sadly missed, but her role as Carol Brady on The Brady Bunch is simply unforgettable.