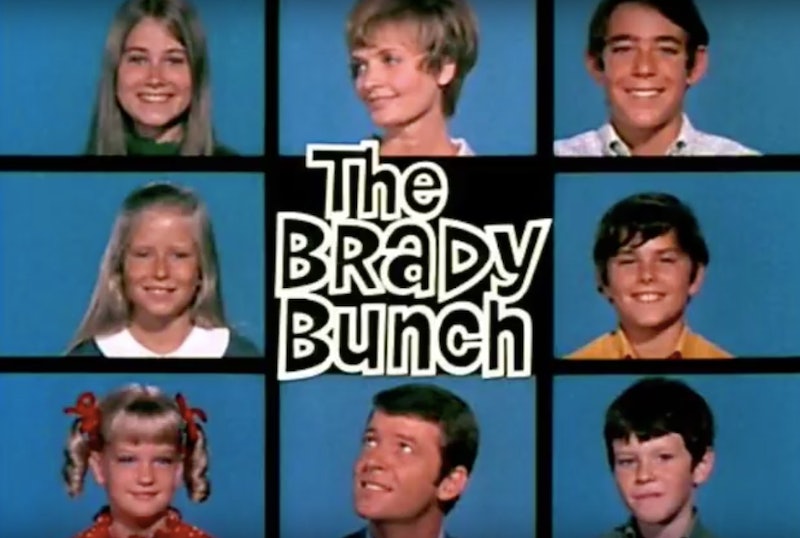 The unexpected news of the passing of America's Favorite Mom, Florence Henderson, is, in short, incredibly sad to learn. Henderson, beloved by many of her co-stars, worked on stage and screen for more than 60 years. In her incredibly expansive and terrific body of work, Henderson will always be known as Carol Brady, the icon of modern motherhood in America. As a mother of four in real life, Henderson transmuted those finely-tuned maternal instincts to Carol Brady. From managing her blended fictional family and navigating the choppy waters of a second marriage, and everything in between, Carol Brady became the most beloved mother on television.

So it is only fitting that in order to pay tribute to Henderson, you should revisit her work on The Brady Bunch. Henderson's passing, which occurred on Thanksgiving, should be remembered by watching a Thanksgiving-themed moment. Thanksgiving is a holiday built on families coming together, celebrating, laughing, and enjoying one another's company. It's also a holiday about love and kindness. The same can be said of the Brady family, who so often found a way to come together at the end of the day (or episode) and found happiness in each other's presence. Watching a sweet moment from a classic Brady Thanksgiving episode might be the best way we can remember Henderson, especially in the role that defined her.

Of all the moments to choose from in the show, from "porkchops and applesauce" to "Marcia, Marcia, Marcia," the one scene you need to rewatch is from a Thanksgiving-themed episode of The Brady Bunch. In this scene, the Bradys all gather in the living room to fire up the projector and watch Greg's Thanksgiving movie. The movie features all of the Bradys and Alice (because you cannot forget about Alice) re-telling the story of the pilgrims arriving on the Mayflower and having the first Thanksgiving meal, filmed in the family's backyard.

It's a peachy-keen moment, endearing in its wholesomeness and heart-warming in its sentimentality. Watching the Brady family dressed as pilgrims, finding another moment of levity from Greg's creative efforts, makes this one of the best moments from The Brady Bunch.

Even better, watching Carol Brady's pure joy in that moment reminds us why we loved Henderson so much.