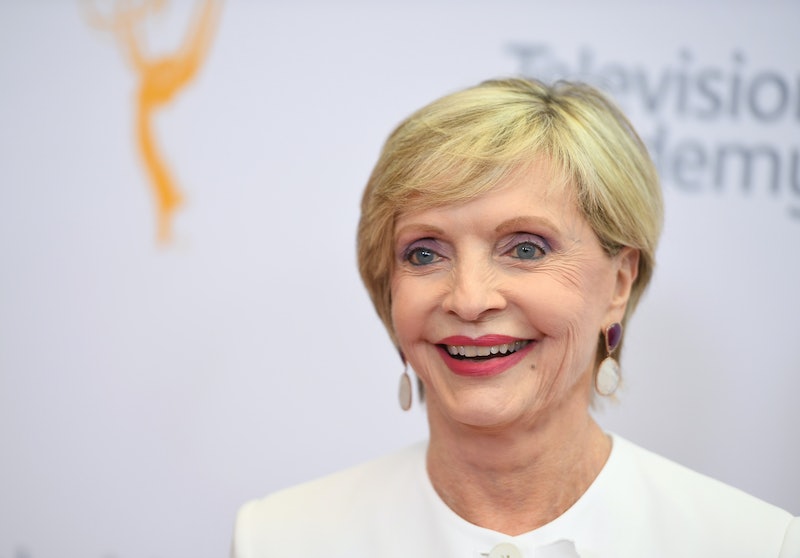 Taking in the sad news of Florence Henderson's unexpected passing is tough for more than one generation of fans, especially those who were familiar with her works as beloved mother Carol Brady on The Brady Bunch. Henderson may be best known from her time on television as Carol, but she was not by any means defined by it. Her career spans more than six decades and in that time, Henderson has appeared in numerous television shows and films. Equally adept at drama and comedy, occasionally given the chance to showcase her Broadway chops on the small screen, and constantly endearing in whatever role she took on, Henderson was as fluid and talented a performer as we could have ever hoped for. As such, we should take time now to appreciate Henderson for her entire body of work, even if there is one role that stands out from the pack.

Henderson began her career in theatre, where her big break came in 1952, performing Rodgers and Hammerstein's Oklahoma!, cutting her teeth on the show's road tour. Further Broadway success came in 1954, when she first played the titular role in Fanny, and then Maria in The Sound Of Music. It was during this time Henderson developed other skills which would prove useful in her performances. She took acting, dance, and singing lessons and, even more interestingly, took up French and Italian. Her work ethic, varied skill set, and commitment to her craft set the tone for her later career in film and television.

Her notable success on stage was followed by a slow transition to television in the late '50s and '60s. Appearing on various variety shows, like The Bing Crosby Show and The Jack Paar Tonight Show, Henderson's big Brady Bunch break arrived in the late '60s. The Brady Bunch officially ended in 1974 and there were special series and reunion episodes aplenty (like The Brady Brides in 1981 and The Bradys in 1990) over the ensuing 20 years; in between, though, Henderson made regular appearances on classic shows like The Love Boat, Fantasy Island, and Murder, She Wrote.

In every post-Brady Bunch role, she was constantly transforming and pushing herself. She would show up in Shakes the Clown as a drunk single mom, as an uptight member of the Lanford Women's Association on Roseanne, and as a relationship doctor on Ally McBeal, each role different than the last. Her ability to go from bawdy to matriarchal would continue to color the later years of her career, to marvelously amusing effect.

By the time the '90s rolled in, Henderson's pop culture cachet had grown so large that she would often appear in roles as herself or in ways the would poke fun at her Brady Bunch persona. She made a cameo as the Brady grandmother in 1995's The Brady Bunch, a film version of the TV show. She also appeared in Weird Al Yankovic's parody video "Amish Paradise," and as herself in Naked Gun 33 1/3: The Final Insult and 30 Rock. She didn't settle after The Brady Bunch and that's what made her such an exciting performer. Watching her pop up in new ways was part of the reason we loved to watch her.

Who am I kidding, though? I don't need to list out all of Henderson's career highlights in order to confirm that yes, The Brady Bunch brought her into our homes on a regular basis, but her body of work was so much bigger than that one role. It's a gift that we, the many generations who got to spend time with her in some capacity, were able to see her in some many roles and in some many genres. What makes Henderson such a notable actor is that she had fun onscreen, she was able to poke fun at herself, and her talents were immense. She set the tone for future generations of women working in television as Carol Brady, but she set a high bar for actors in everywhere and in every medium.