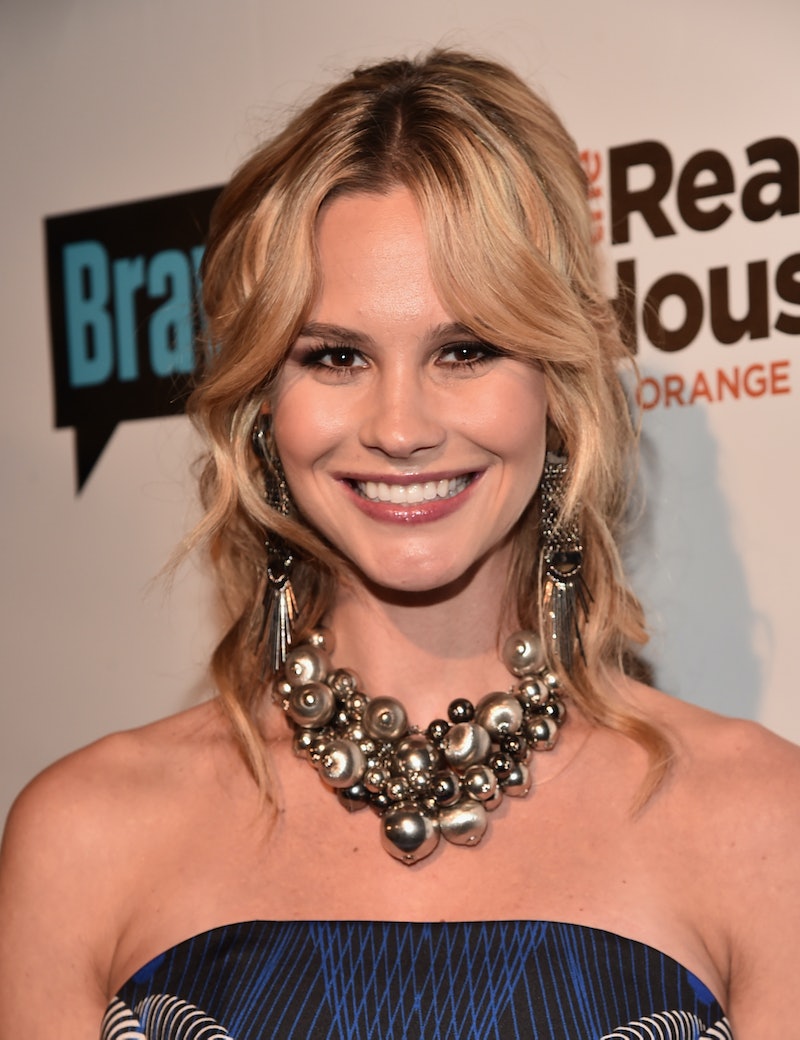 Arriving straight from the world of Real Housewives, news that Meghan King Edmonds has welcomed a baby girl with her husband, Jim Edmonds, was announced on Saturday. King Edmonds, whose struggle to get pregnant through in vitro fertilization was documented in the most recent season of Real Housewives of Orange County, announced the name of her daughter in an adorable Instagram post. The new mom wrote,

Our perfect Aspen King Edmonds made her grand entrance on Thanksgiving Day, November 24, 2016, 6lbs 11oz. From the hours leading up to the birth I had the most incredible husband, he didn't leave my side. [...] I am so proud and impressed of the team we made to welcome Aspen, our bond is more unshakable than I ever imagined. [...] We are deliriously in love with our perfect Aspen.

King Edmonds also revealed in her Instagram post that the delivery of baby Aspen was as smooth as could expected during a natural birth, and her husband was by her side the whole time. She wrote how he helped her through contractions, ran baths, and went on walks with her while she was in labor. My heart can't take the overwhelming sweetness of this story, to be honest.

As if it couldn't get any cuter, King Edmonds revealed a precious numerological tie-in that makes Aspen's birth story all the better. She writes that, "[Aspen's] birthdate 11/24/16 added up equals her daddy's baseball number 15...1+1+2+4+1+6=15." C'mon now, how great is that? If ever there was a sign that something was meant to be and timing is everything, then I think it's safe to say that Aspen King Edmonds's birthdate is that big sign.

Even though we, the viewers, saw a portion of this pregnancy on television, there's no denying that this is a truly special time for the reality TV star and her family.