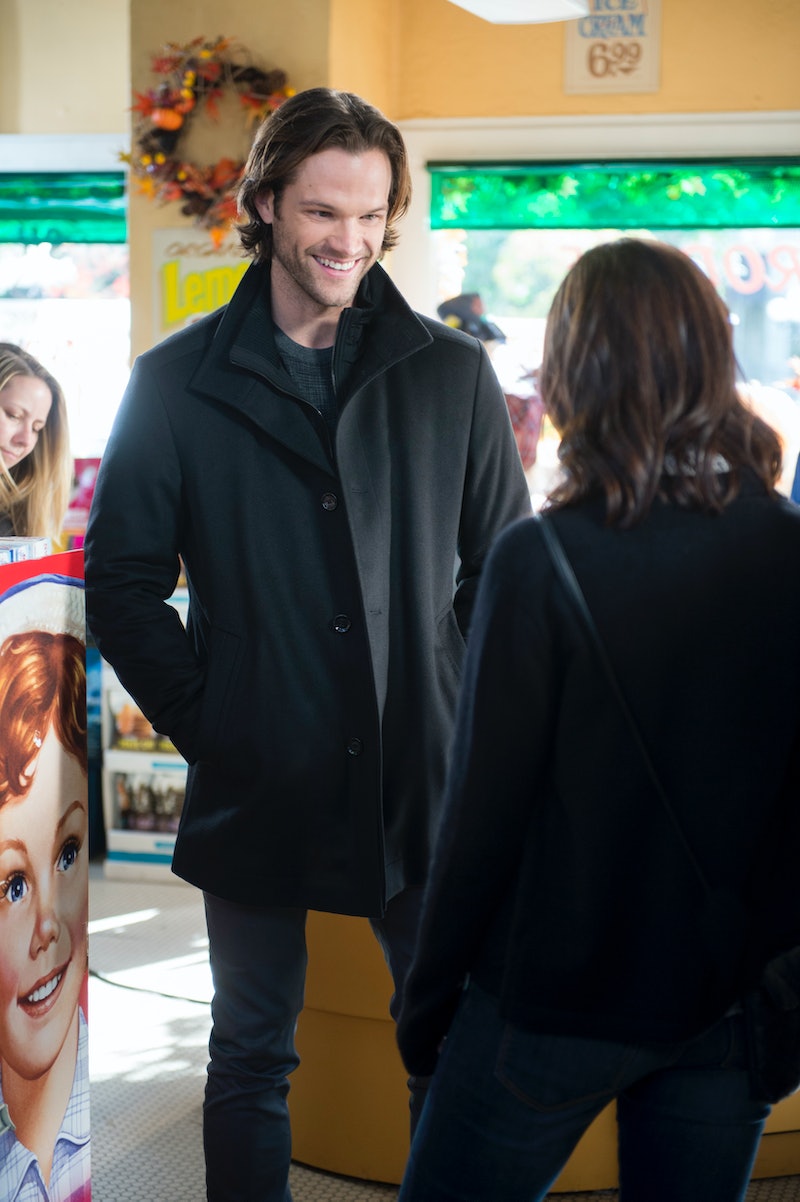 There are SPOILERS ahead for Gilmore Girls: A Year in the Life, so turn back now if you don't want to know what happens. In the Gilmore Girls revival, viewers find out what Rory's three ex-boyfriends have been up to after all these years — even her first love Dean Forester (Jared Padalecki), who looks as dreamy as ever. She literally bumps into him at Doose's Market in the episode "Fall," where they make awkward small talk and he mentions that his wife is expecting another baby. So who is Dean's wife in the Gilmore Girls revival? In the episode, he says her name is Jenny and they live in Scranton, Pennsylvania, with their three kids (and a baby girl on the way).

The unseen Jenny would actually be Dean's second wife. During the original series, Dean married Lindsay Lister (Arielle Kebbel) during Season 4, but the relationship was constantly threatened by Dean's lingering feelings for his high school sweetheart, Rory. At the marriage's breaking point, Dean cheated on Lindsay by sleeping with Rory. Later, Rory wrote a letter to Dean about it, which then Lindsay discovered and asked him for a divorce. Rory and Dean try to give their relationship another try after that, but sadly, it doesn't work out. Presumably, Dean moved on to marry Jenny and start a family. One of their sons is named Grady and he's old enough to be in school now (and bring home head lice), according to the scene in "Fall."

Not too much else is known about Jenny from Dean's short scene in Gilmore Girls: A Year in the Life, but I think it's safe to assume that perhaps his wife has ties to Scanton, which is why she and Dean live there. They may have met there and Jenny could be from the Pennsylvania city. Maybe her family is there — Dean says in the scene that his parents still live in Stars Hollow. Or perhaps it was just probably time for Dean to stretch his wings and live somewhere else. At least Scranton isn't too far away — theoretically, the Pennsylvania city is only about a few hours from the area in Connecticut where the fictional town Stars Hollow is set.

It's nice to see that Dean moved on from Stars Hollow to have a great life, but hey, he and Rory will always have their moments in Doose's Market.