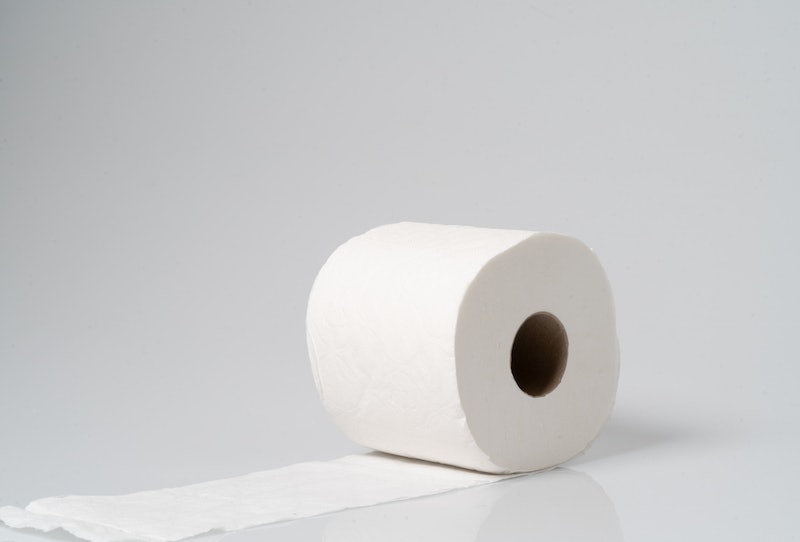 Everyone has their preferred method when it comes to toilet hygiene — especially with public toilets. Hovering? Toilet seat covers? Using toilet paper to make toilet seat covers? Disinfectant wipes? You’ve probably seen (and tried) it all, but what’s the most hygienic way to use a toilet? BuzzFeed recently consulted three experts about the cleanest way to use the loo, and those of you who swear by covering the seat with layers and layers of toilet paper? Er, you’re gonna be disappointed.

Raymond Martin, the managing director of the British Toilet Association (BTA), explained to BuzzFeed that creating a makeshift toilet seat cover with toilet paper is a bad idea because it increases the surface area of the seat — and therefore creates a lot more space for bacteria and other germs. And that’s assuming that the toilet paper is clean in the first place, which it very likely is not.

As Laura Bowater, a microbiology professor at the University of East Anglia pointed out, it entirely possible that the toilet paper itself carries germs, since people will sometimes grasp the whole roll when using the restroom in order to tear off strips of paper. Furthermore, Bowater suggested, “[A]n exposed roll sat near to a toilet may get splashed with faecal microbes during flushing, especially if the lid isn’t closed. Flushing can create splashing opportunities that will enable small water droplets to be transferred through the air and land on toilet rolls and the toilet seat.”

Apparently this phenomenon has a name: “Toilet plume,” referring to the way that the force of a flush can send liquid and other… stuff (eww)… into the air, after which it can land on other surfaces.

Let’s all take a moment to scream silently.

Thankfully, preventing the horrors of toilet plume is pretty easy: Just put the lit down before you flush.

OK, so toilet seat covers are a Nope. What are your other options? Martin recommended to BuzzFeed that people disinfect toilet seats with germ-killing wipes or sprays (and some public bathrooms are set up with “seat sanitizers”). But if you don’t want to carry cleaning supplies with you all the time, you only really have one other option: Avoiding touching the seat at all by squatting or hovering.

The logic of this is clear: If you’re bum doesn’t touch the seat, it won’t pick up germs. However, squatting and hovering aren’t great choices, either. Some experts say that squatting while going to the bathroom is good for you — because, in a full squat (meaning that your butt is lower than your knees), you can fully relax your bladder and pelvic muscles. But squatting over a toilet in a public bathroom is easier said than done. Without some kind of special equipment or gymnastics skills, how are you supposed to suspend yourself over a toilet seat with your knees above your behind?

In contrast, hovering — that sort of half squat you do to avoid sitting on a toilet seat — may be actively bad for you because it prevents you from fully relaxing your bladder and forces you to use your pelvic muscles unnaturally. In the September issue of Shape, urologist Matthew Karlovsky, M.D., warned that when you hover, “You are training your muscles to not relax. After many years, the bladder can become weaker.”

There’s no perfect option here, but the best thing to do might be to simply sit your butt down on the seat (if it looks reasonably clean, at least). As the Huffington Post reports, toilet seats can harbor nasty bacteria like E. coli, but, in general, human skin is a very effective barrier — so, even if you do pick something up on a toilet seat, it’s not likely to make you sick. In fact, other surfaces in the bathroom, like the floor, may have a lot more germs than the toilet seat.

It’s easy to be icked out by a toilet seat, but the thing you really need to be careful about in a public bathroom is washing your hands — thoroughly. That means scrubbing with soap and water for a solid 20 seconds, and paying attention to the backs of your hands, in between your fingers, and under your fingernails, in addition to your palms.