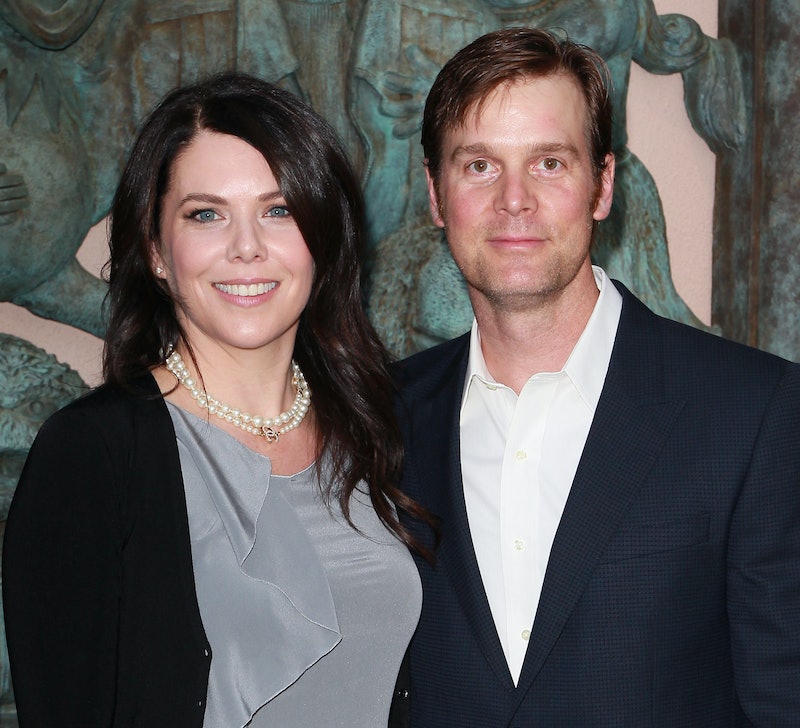 Kelly Bishop means business when it comes to being a TV mom. Because what loving, over-bearing mother isn't constantly trying to hook their daughter up with the perfect person? I'm drawing blanks. In Lauren Graham's memoir Talking As Fast As I Can: From Gilmore Girls to Gilmore Girls (and Everything in Between), which is out Tuesday, the actress reveals that Bishop encouraged Graham to date Peter Krause, aka her longtime partner. The two have been a thing since 2010 when they began playing siblings on Parenthood. However, her co-star was brewing this concoction up long before then and in her book, Graham doesn't let Bishop go unappreciated.

Graham explains how she and her on-screen mother immediately formed a special bond when shooting Gilmore Girls. Their relationship was so special, in fact, that it quickly lived and breathed on its own off the script pages. "From the start of the show, Kelly named herself my TVM, or TV mom, by which she meant she was taking her character's role seriously, beyond the pages or the sets and out into the real world," Graham writes. She and Bishop (who plays Lorelai's mom Emily) were actually the epitome of friendship goals, looking out for each other in an effortless and nurturing way.

"Right away we developed the easy rituals of old friends: meeting for lunch at Joe Allen in New York, or out for guacamole at our favorite Mexican place in L.A., or allowing ourselves to split a little bag of Cheetos when we were filming in the middle of the night," Graham explains. Bishop got to know Graham on such a deep, personal level that it's no wonder she had her eye on the perfect man for her.

"In a maternal, protective way, she found most of my boyfriends at the time lacking, and once told me I needed someone who was more my equal, like 'that wonderful actor on Six Feet Under,'" Graham recounts. "Hmmmm." (Yes, Krause was on SFU.) This is what friends and TVMs are for, of course.

Graham also explains how "Rory's Two Birthdays," the sixth episode of Season 1, was not only when the show "hit its stride," but why Bishop's role in the episode makes it so special to her. "Kelly is marvelous in the scene in Lorelai's bedroom where she sees a picture of Lorelai with a broken leg and they both really begin to get, in a new way, how much they've missed not being part of each other's lives," Graham says.

So many nostalgic, friendship, and mother-daughter feels right now that I can't even deal.