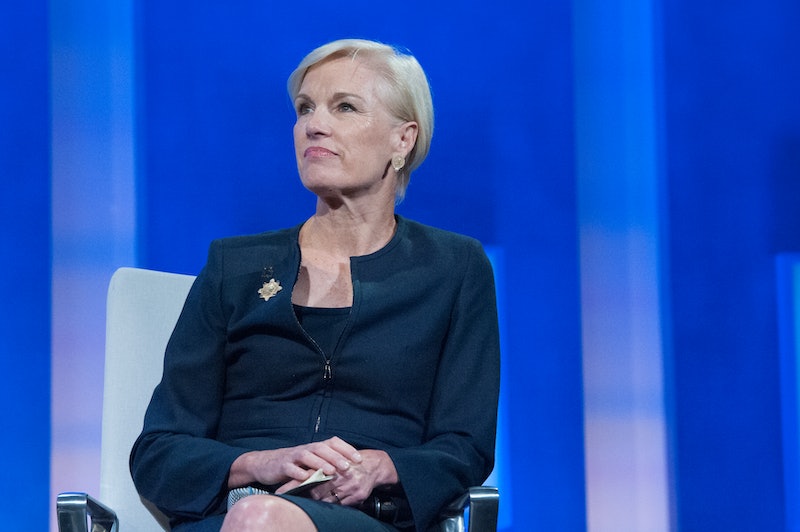 Accessibility to birth control, abortions, reproductive education, and pregnancy care services is still an issue for millions of women, not just across the United States, but around the world. Despite the fact that the legalization of birth control in America led to the advancement of women in the workforce and the ability to break the cycle of poverty by providing couples the chance to delay or terminate pregnancies of children they would be unable to support, women’s reproductive rights are still being challenged by politicians.

With Donald Trump and Mike Pence taking office in January — who’ve both announced their intentions of outlawing abortion, overturning Roe v. Wade, and defunding Planned Parenthood — the organizations fighting to preserve the progress we’ve made need their supporters to ramp up their commitment.

Here are seven nonprofits dedicated to helping protect women’s reproductive rights that you can donate to on Giving Tuesday:

The Center for Reproductive Rights, founded over 20 years ago, is dedicated to protecting women's right to choose in the legal realm. "We are the only global legal advocacy organization dedicated to reproductive rights, with expertise in both U.S. constitutional and international human rights law," states CRR's official website. "Our groundbreaking cases before national courts, United Nations committees, and regional human rights bodies have expanded access to reproductive healthcare, including birth control, safe abortion, prenatal and obstetric care, and unbiased information."

Perhaps the most well-known of all reproductive rights advocacy groups, Planned Parenthood has been providing affordable and accessible health services to women for more than 100 years.

According to NAF's website, "NAF is the professional association of abortion providers in North America. We are unique among pro-choice organizations because we represent the providers who make reproductive choice a reality." Some of the services they offer include: "Providing resources for women seeking abortion care; initiating groundbreaking educational programs for health care professionals; protecting providers and patients from anti-abortion violence; and developing a pivotal, pro-choice advocacy role to represent the voices of abortion providers and women who have chosen this care."

NLIRH works to make reproductive services more accessible to Latinas and immigrant women, who face a multitude of ethnic-based challenges, such as overcoming the history of forced sterilizations imposed on women of color by the United States government, in obtaining safe and effective reproductive services.

NNAF's mission statement: "The National Network of Abortion Funds builds power with members to remove financial and logistical barriers to abortion access by centering people who have abortions and organizing at the intersections of racial, economic, and reproductive justice."

The NWHN's mission is to "improve the health of all women by developing and promoting a critical analysis of health issues in order to affect policy and support consumer decision-making." Some of their advocacy issues include making female condoms, surgical abortions, and medication abortions more accessible; increasing the participation of women in clinical trials for drugs and devices; and pushing back against the inaccurate claims that women must undergo hormone therapy to cope with menopause, according to its website.

Even though the Trump presidency will undoubtedly bring a slew of problems for women's healthcare, organizations like the ones listed here are determined to keep abortion legal and birth control accessible. All they need is your help.