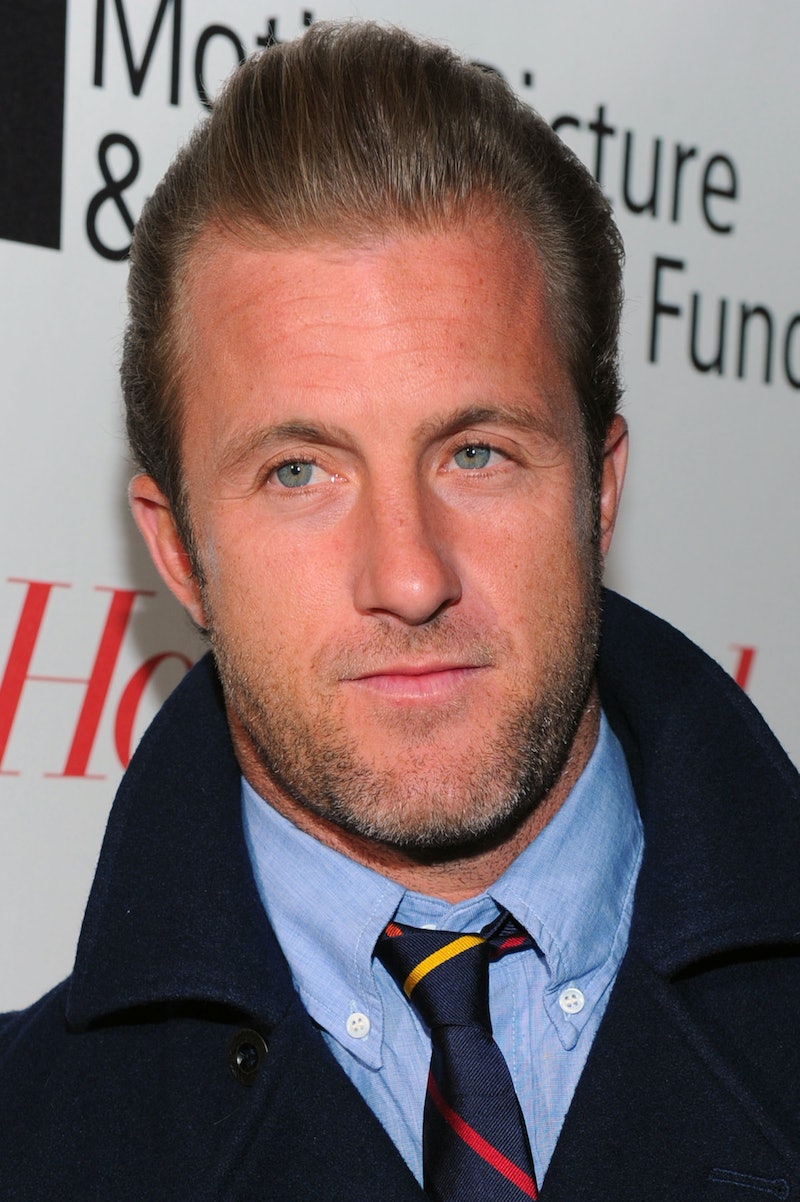 In case you hadn't heard, Shia LaBeouf is not famous anymore. He's also no longer employed. According to Variety, LaBeouf -- who has had a very public unraveling -- won't be appearing in the indie comedy Rock the Kasbah opposite Bill Murray. LaBeouf has since been replaced by Scott Caan...? Wait. Don't laugh at the seemingly strange re-casting just yet. (Unless you're still laughing at the hilarious Happy Endings punchline, "You two have fun talking like Scott Caan's groomsmen," which will we accept.)

Rock the Kasbah, whose cast also includes Zooey Deschanel, Kate Hudson, Bruce Willis, and Danny McBride, follows a washed-up music producer (Murray) as he finds a young musician in Afghanistan, who might be his ticket back to the big time. Caan plays a con artist in the movie, which is slated to begin shooting this summer.

While the 37-year-old actor has predominantly been on the small screen over the past few years (first as a recurring guest star on Entourage, then with a leading part in the Hawaii Five-O remake) he's actually best suited for playing big jerks on the big screen. Caan first caught everyone's attention as the wild, butt-baring football player Tweeter in 1999's Varsity Blues. Then he and Casey Affleck stood out (no small feat, in a cast that included the likes of Brad Pitt, George Clooney, Matt Damon, and Julia Roberts) as a pair of bumbling crooks in 2001's Ocean's Eleven, and the subsequent (and subpar) Ocean's Twelve and Ocean's Thirteen.

Caan is almost an expert at playing douchebags, which is exactly why LaBeouf's former part in Rock the Kasbah is actually really smart casting. Caan played a scummy young stock broker (convincingly, no less) in the 2000 drama Boiler Room. But if you want a real testament to how good the actor is at playing bad, watch Friends with Money. In Nicole Holofcener's underrated 2006 dramedy Caan plays Jennifer Aniston's shitty, freeloading, cheating boyfriend and if you've ever dated a dirtbag guy that even slightly resembles the lunkhead trainer he plays, the performance is so spot-on you might have PTSD just watching their terrible relationship unfold. Sorry, Shia, you definitely weren't the only convincing douche in Hollywood.