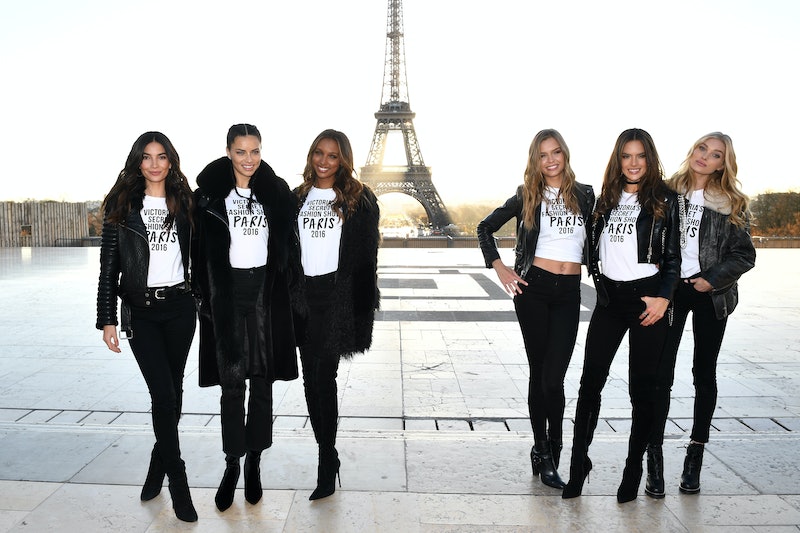 The Victoria's Secret Fashion Show models have been pumped about going to Paris for the runway show for obvious reasons. But, despite the excitement surrounding the live performances and incredible pieces of lingerie, the fact that the show is held in the City of Light is plenty to celebrate. Where is the 2016 Victoria’s Secret Fashion Show being filmed? It’s taking place at the Grand Palais in Paris, France.

Now, it just doesn’t get more magical than that! According to Us Weekly, this is the first time the show has ever been held in Paris. It’s fitting to hold the show in a building that’s full of history and, as is typical of the city, is an architectural wonder.

The runway show has taken place in London and New York City previously, which only means the 21st annual VSFS is special in more ways than one. As the models prep for the taping of the show, they seem to really be admiring the stunning building, as far as I can tell from the photos and videos surfacing online. Gigi Hadid even dubbed it, “the most amazing venue on the planet,” according to her Snapchat. I hope they’re getting a chance to soak it all in. Because seriously, opportunities this incredible surely don’t come around often!

The excitement of coming to Paris has been really real for these models.

Because who wouldn't want this gorgeous city as their backdrop?

The Grand Palais is beautiful by day.

Just look at that stage.

It really doesn't get more epic than this.

The Grand Palais was built in 1900 and was dedicated "by the French Republic to the glory of French art," according to the official website. Today it hosts 40 staged events every year, but surely, none quite as grand as this. I can't wait 'til those angels hit the stage!

Be sure to check watch the models take over Paris when the show airs on Dec. 5!