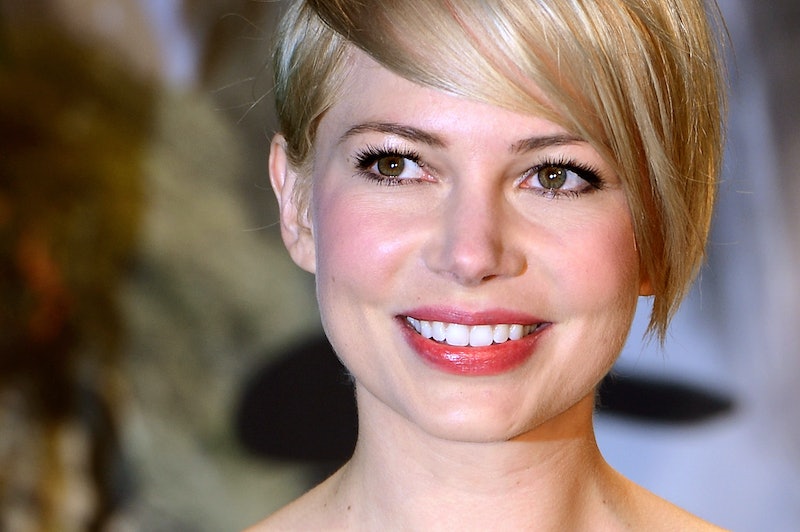 When it comes to the legacy of beloved musicals, it's a nearly impossible task for anyone to fill Liza Minnelli shoes in the role of Cabaret's Sally Bowles. She was, to state it simply, iconic. Which is why our unbridled excitement over that role next going to Michelle Williams in the Cabaret Broadway revival should not be underestimated. Because if there's anyone who can inhabit Sally Bowles and somehow make her her own, we think it might be Williams.

The first thing that asserts this is the prose itself, Vogue's Adam Green articulating what we've always felt about Williams' performances:

And then there's Williams herself. And as always, she nails the act of getting down to the soul of her character. One of the great things about Sally Bowles is that, despite the belting power of those who've played her, like Liza Minnelli, her character does not depend on a powerful voice. She is, at her most honest, a moderately-skilled nightclub performer living at the epicenter of sexual freedom.

She decides she’s going to be billed as ‘The Toast of Mayfair.’ That’s what’s going to separate her from the other girls, make her special. It suggests talent, success, elegance. But she’s really just a few steps up from a call girl. [...] She’s somebody who won’t look past herself. As she famously says in the play, ‘Politics? But what has that to do with us?’ At the end, she’s alone, singing onstage while the city burns around her, still waiting to become a star.

We've already seen Williams embody a legend in My Week With Marilyn — now we'll get to see her do it once more.

You can read the full profile here — it includes a great anecdote about how the late Natasha Richardson influenced her decision to take the role.

More like this
Christina Perri Reacts To Her 'Twilight' Song Being One Of YouTube's Most-Viewed Ever
By Radhika Menon
Taylor Swift Calls Dwayne Johnson "The Man" After Revealing New "Taylor's Version" Song
By Jake Viswanath
Yes, You Do Know The Song From The 'Black Panther: Wakanda Forever' Trailer
By El Hunt
Beyoncé Is The First Woman To Have A No. 1 Album Since Adele Did Almost A Year Ago
By Radhika Menon
Get Even More From Bustle — Sign Up For The Newsletter