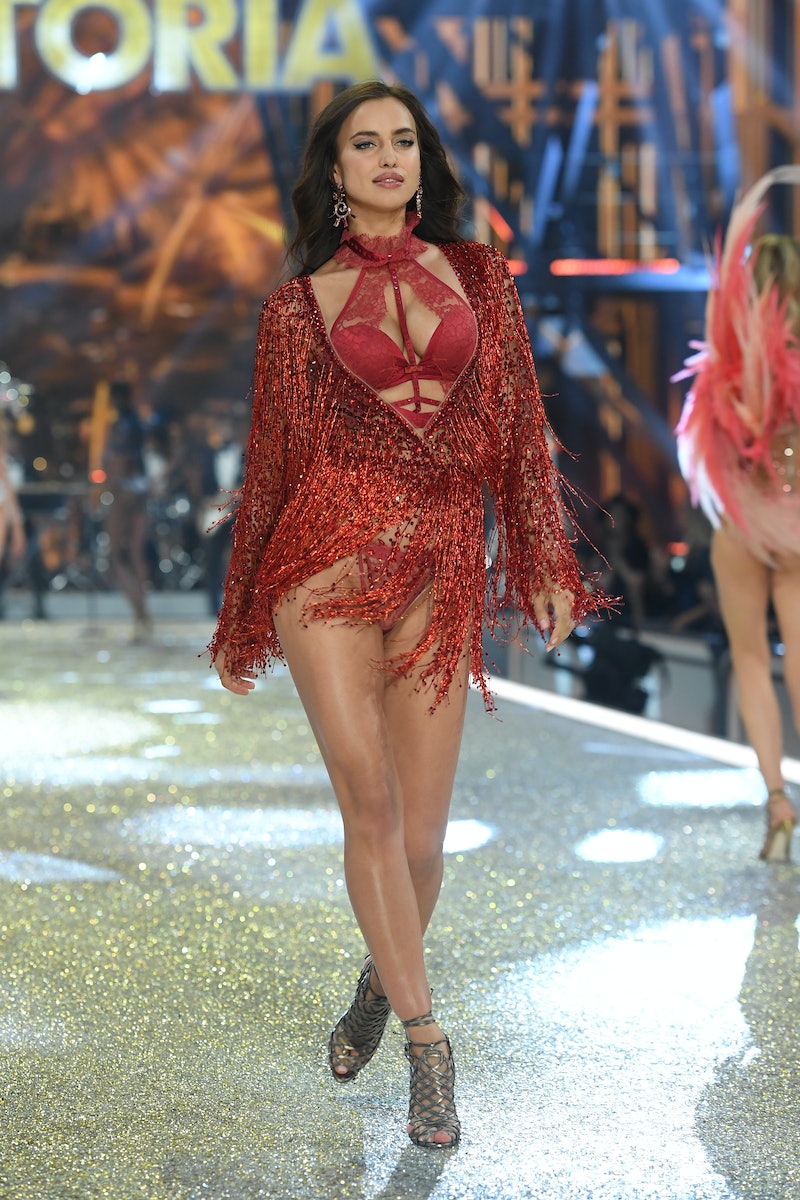 The Russian model stepped onto the catwalk looking fierce in lacy red lingerie and a sequin jacket, which was artfully closed to cover her baby bump. According to E! News , Shayk is reportedly in her second trimester, and a source says that she is "so excited" to start a family with Cooper. The couple has been linked since May 2015, and this will be their first child together.

Surprisingly, this actually isn't the first time a VS model has walked the runway pregnant. In 2011, Alessandra Ambrosio appeared in the show when she was two months pregnant with her daughter Anja. Like Shayk, Ambrosio wore looks that discretely covered her stomach so she was able to keep things quiet before making a statement a few months later. This all supports my theory that VS models are superhuman and we shouldn't even bother comparing ourselves to them. One thing is for sure: When I am pregnant, the only runway I'll be walking is the small stretch of carpet from my couch to my fridge, and then to the bathroom to pee every 15 minutes.

My feelings about Irina walking in the show while pregnant are two-fold: On the one hand, it's pretty rad to see a pregnant woman (if Shayk is, in fact, pregnant) being celebrated for being sexy, especially considering there has traditionally only been one body type represented on the VS runway.

On the other hand, though, if she is pregnant, did they have to cover her bump? In my opinion, Shayk could have pulled a Demi Moore (or, more relevantly, a Blac Chyna) and let it all hang out.

It's unclear whether the choice to cover up was made by Shayk, to keep her privacy, or by the brand, but either way it would have been pretty monumental to see a VS model with an actual, real-life baby belly.

Even in Ambrosio's case, they covered her stomach with a bunch of crystals to distract what was going on underneath. Maybe someday we'll see some diversity on the VS runway, but until then we can take these small (supposed) victories as they come.

The VS show doesn't air for another five days (on Monday, Dec. 5 at 10 p.m. ET, to be exact), but already it's shaping up to be one for the history books.