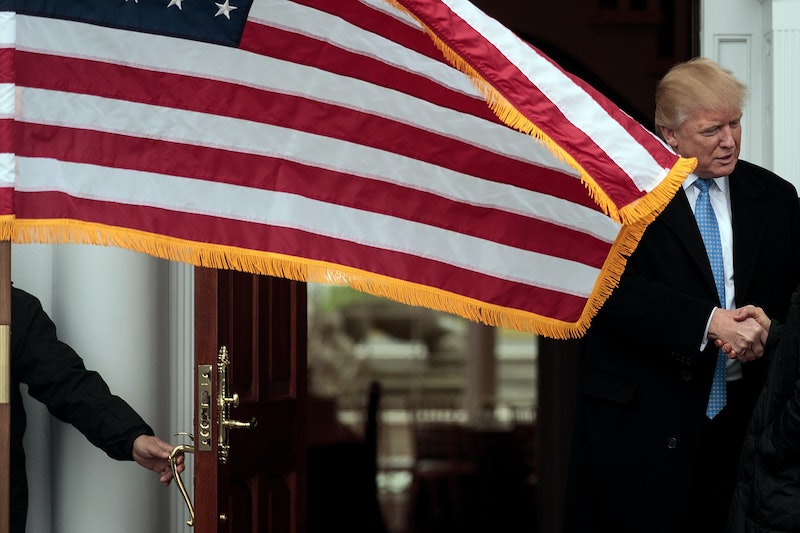 In an election year as polarizing and veritably insane as 2016, there seemed to be two dueling camps fighting for power: those of the working class populists, initially represented by Bernie Sanders and then later, amazingly, by Donald Trump, and that of the political establishment as represented by Hillary Clinton. Trump's win on Nov. 8 was initially attributed to the so-called "white working class" whose economic hardships were capitalized upon using alarmist xenophobic rhetoric during his candidacy. And now, it's clear that Donald Trump's uber-rich administration flies in the face of the supposedly populist rhetoric he espoused on the campaign trail. Besides being hypocritical, these decisions might hurt the working class people who voted for him, too.

There is now little doubt that warnings about the hypocrisy of Trump's supposed ire against elites and establishment types were correct: he does not have the interests of the working class at heart, and any attempts to appeal to them, no matter how successful, are at best smoke and mirrors, and at worst a deliberate manipulation of fear and economic insecurity. To tap some of the very people whose actions could have contributed to the recession after running a campaign that promised to reduce Wall Street's influence in Washington is a mighty fine con, even for The Donald.

At the heart of the way Trump's faux populism pulled the wool over the eyes of Americans lies a genuine misunderstanding about the history of populism, which almost permanently lost traction in American politics after FDR's "New Deal." Populism, defined loosely as politics that represent the will of the people over the will of a ruling class, is usually associated with the types of social programs found in socialist platforms, and have accordingly been viewed in a poor light given America's long and fraught opposition to communism. And although the popularity of Sanders illustrated that millennials don't think socialism is a dirty word, the election of Trump proves that more Americans preferred their populism to come from the world's most unlikely source than from an actual populist.

Like many others shielded from Trump country by my political beliefs, my work, and my urban geographic location, I've wondered time and again, before Nov. 8 and many times since, exactly how people who voted for Trump must think and feel to vote for such a man. How do conservative Christians reconcile their faith with the lewd and allegedly criminal sexual conduct of their candidate? (Trump has firmly denied those allegations.) How will poor and working class Trump supporters react to the growing list of mega-rich cabinet and White House staff members Trump has tapped? Will their support waver, and if it does, will it be too late? At the very least, his promise of hiring "Washington outsiders" might remain intact, but to what end it will take the country remains to be seen.