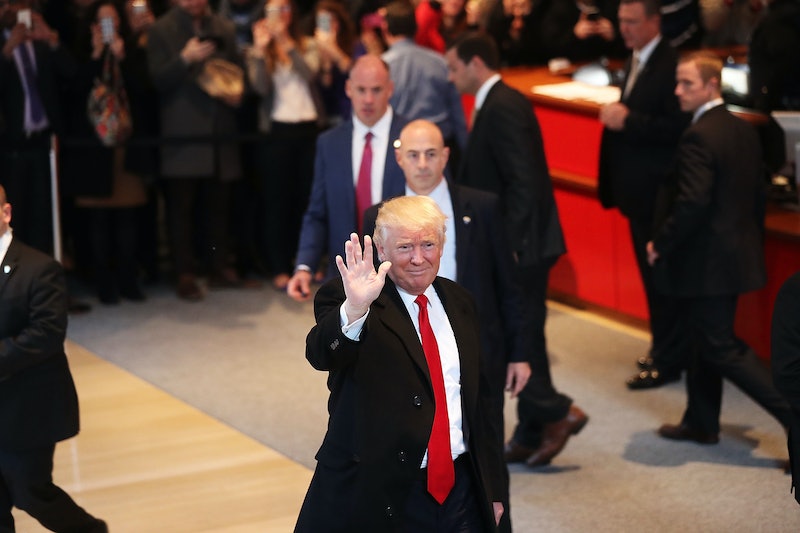 Donald Trump may not become the president after all — at least, that is the plan behind a group of faithless electors who have gone rogue in a last-ditch effort to block him from the presidency. This final stand against Trump is thanks to a group of electors who have decided to go against the will of their states and cast their vote in contradiction to the electoral college results. A handful have joined on to the effort so far, but when have the most faithless electors come into play? Historically, it is a bold move that has been used sparingly.

All in all, 179 electors have changed their vote in the course of presidential history. The most recent election to see electors work against their states' popular vote was in 2004, but it has occurred in the last nine out of 17 elections.

Nevertheless, there was only one time in election history where there were enough faithless electors to call the results into question. That was the 1836 race that saw Martin Van Buren and running mate Richard Mentor Johnson as victors. But all 23 electors in Virginia chose to be faithless in an effort to pull Johnson off of the ticket. Yet their strength in numbers ultimately didn't work — the election was thrown to the Senate, but they ended up confirming Johnson as vice president anyway.

But as voters have seen with this election, even the most unprecedented moves are possible. This revolt against Trump — and more largely against the electoral college itself — is gaining steam. So far, seven electors have decided to become faithless.

Notably, this is not even in an effort to elect former Democratic candidate Hillary Clinton — rather the seven electors, many of whom hail from liberal Colorado and Washington state and call themselves the "Hamilton Electors" — hope to persuade the needed 37 Republican electors to vote for a to-be-determined consensus Republican candidate. (Mitt Romney, do you still want the job? Jeb? Really, anyone?)

Should 37 Republican electors flip their vote against Trump, the election would move to the House of Representatives. There, they would make the final decision on the presidency. Sure, they could elect Trump anyway, but this option at least provides a clear pathway in denying him that position.

So while the last time we saw electors revolt en masse was 180 years ago, this election has certainly called for bold moves. Perhaps we can place some of our faith in these faithless electors.