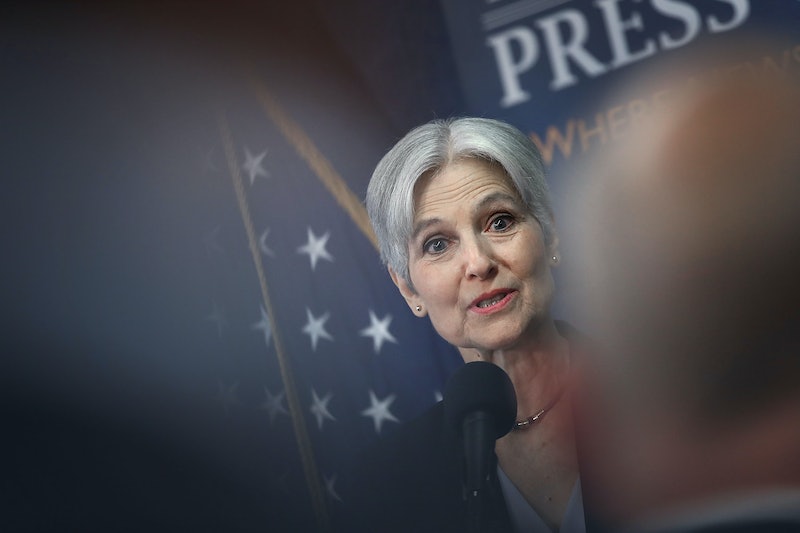 While President-elect Donald Trump has been busy filling his cabinet with billionaires and writing incendiary tweets, an effort has been underway to stop him from assuming office at all. Behind this is Green Party candidate Jill Stein, and she's been using an interesting method to ensure that the presidential votes tallied in Wisconsin, Michigan, and Pennsylvania were not manipulated in any way in Trump's favor. Though the outcome of this push will rely on a traditional vote recount, the means to make that recount happen have been less so. Stein has been crowdfunding to raise money for a vote recount.

The crowdfunding option has certainly served in Stein's favor, too. As of this writing, her recount effort has raised well over $6.5 million. At this point, she's within reach of her $9.5 million goal (one that has been adjusted multiple times since starting the effort). She says the money will be used for the cost of filing, attorney's fees, and recount observers. Any surplus amount, Stein assures, will go toward "election integrity efforts and to promote voting system reform."

As promised, Stein has used that crowdfunded money to formally file for recounts in Wisconsin, Pennsylvania, and Michigan, fortunately meeting the deadlines for each state just in time.

Though candidates typically push the online donation option for their campaigns, maybe supporters get a little more excited by the possibility of crowdfunding as a whole. The money raised during Stein's recount fund has already far surpassed the cash she brought in during the entire length of her campaign. While she's close to raising $7 million for the recount in just over a week's time, her fundraising total only reached $3.5 million during her presidential campaign.

But despite her success in the crowdfunding department, it's likely that Stein's recount fund may not do much to change the outcome of the election. It's rare for a recount to flip an election, and though the vote margin between Clinton and Trump is not insurmountable, it would be quite a feat to put all of those states back in her favor. But should the results of the recount go in her favor, Clinton would win the Electoral College vote with 278 electoral votes.

Regardless of the outcome, it is still heartening to see Stein put in the effort to potentially correct an election that seems to have gone wrong in so many ways.