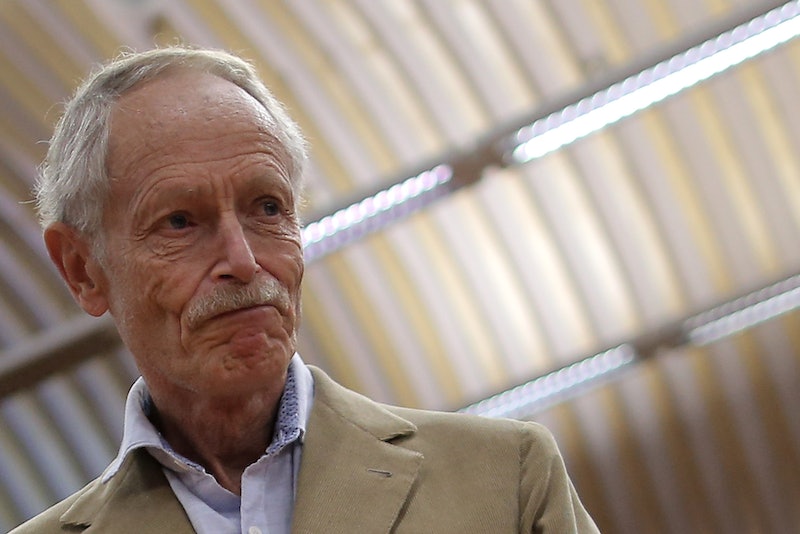 If you thought your litany of Tinder messages contained some weird innuendos, just wait. The winner of the 2016 Bad Sex In Fiction Award has been announced and wow... it got strange.

Hosted by the Literary Review, the annual Bad Sex in Fiction Award is presented to the writer of an otherwise acclaimed work for "the most egregious passage of sexual description in a work of fiction." Though the award has been criticized in the past for its seeming cruelty towards writers (Morrissey, the 2015 champion, had a particularly maudlin reaction), creators Rhoda Koenig and Auberon Waugh had a more noble goal when they founded it 23 years ago. "The purpose of the prize is to draw attention to poorly written, perfunctory or redundant passages of sexual description in modern fiction," reads the official award description. See? It's constructive criticism. Haven't you guys ever been in a writing workshop before?

Yeah, anyway, moving on from that image, I present to you the winner of the 2016 Bad Sex in Fiction Award, Erri De Luca! All right! Go Erri!

De Luca won for his writing in The Day Before Happiness , a novel about the lifelong relationship between an orphan and the mind-reading man who raises him in post-World War II Italy. The book, which was translated into English by Michael Moore (no, not that Michael Moore), received a modest amount of acclaim, and De Luca, winner of the 2013 European Prize for Literature, is certainly no stranger to literary praise.

And yet. No one said, "Hey, Erri, this part about describing a couple's genitals as 'ballet dancers hovering en pointe'? Ick!"

Erri, man, you gotta get some better friends, I think. Or a better editor. Or a better translator. I don't know. Something.

More like this
We’ve All Had Bad Sex. Nona Willis Aronowitz Is Talking About It.
By Sophia Benoit
10 Must-Read New Books Out This Week
By K.W. Colyard
The Biggest Differences Between 'Bullet Train' & The Book It’s Based On
By Arya Roshanian
'The Sandman’s Ending Is A Departure From Neil Gaiman’s Comic Book Series
By Kadin Burnett
Get Even More From Bustle — Sign Up For The Newsletter