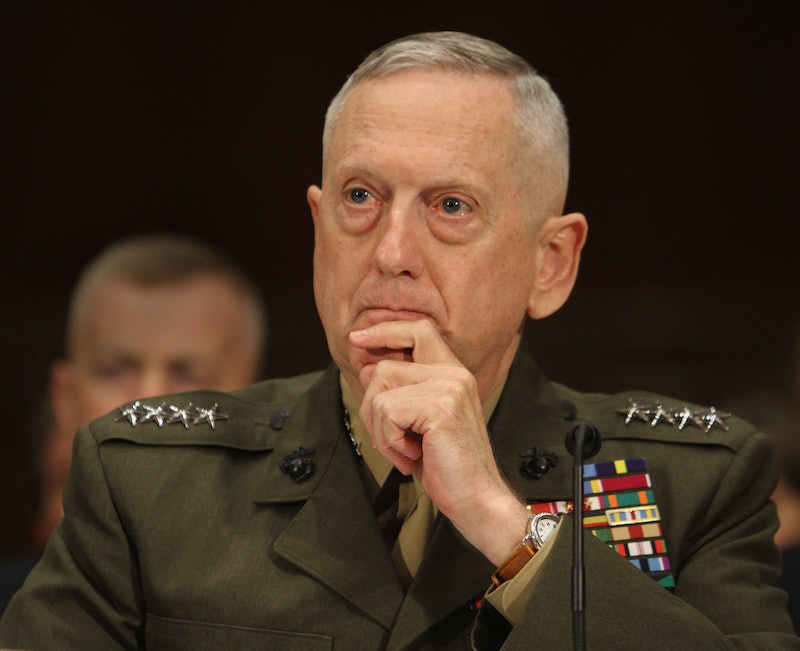 Retired U.S. Marine Gen. James Mattis, who formerly worked with NATO (the North Atlantic Treaty Organization) as the supreme allied commander of transformation, might become secretary of defense in President-elect Donald Trump's cabinet. The general worked in the NATO commander position from November 2007 to August 2010 as a strong advocate of strengthening military forces, while the president he would report to has flip-flopped on his views about the organization, first calling it "obsolete" earlier this year and then being "all about NATO" later on, stating that he wants NATO to focus more on combating terrorism.

The retired general has spoken about his desire to to increase the strength of the military among NATO forces, going on to say how the organization should consider all threats on the "warfighting spectrum," including nuclear, conventional, or irregular threats. In a 2009 speech, he also spoke about how to create the new Strategic Concept, which NATO adopted in November 2010, and about how NATO should not "adopt a single, preclusive view of warfare, which would likely leave our populations vulnerable to surprise."

Mattis' focus on the importance of both conventional and hybrid warfare (a mix of conventional warfare, irregular warfare, and cyberwarfare) during his time working with NATO could inform his reported incoming position. In a 2009 interview with CHIPS, the department of the Navy's information technology magazine, he talked about how the technology troops carry can make them vulnerable:

We have seen the enemy penetrating our networks, whether it be banking or stealing identities, and we have had Defense Department networks under attack. We know they can get inside, and we should anticipate that they will take these down.

Given Mattis' NATO experience, he'll hopefully keep NATO intact even if Trump flip-flops on the alliance again — especially if he changes his mind on Article 5 of the organization's charter: to treat any attack against one country as an attack against all countries. Without this commitment, America's position in Europe could be in danger.