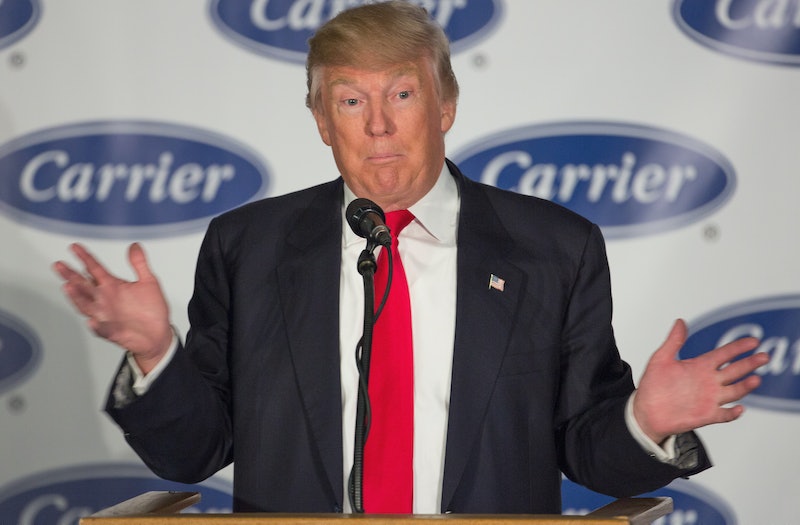 As recount efforts get underway in Wisconsin, Pennsylvania, and Michigan, some Republicans have been wondering: Will there be a recount in New Hampshire? After all, Hillary Clinton won the Granite State by less than 3,000 votes, a much smaller margin of victory than Donald Trump saw in any of the three states that actually are having recounts. So, why no recount in New Hampshire?

Technically, there already has been a recount in New Hampshire. It just wasn’t a recount of the presidential results: On election night, three races for the New Hampshire state legislature were close enough to warrant recounts, and those recounts ultimately flipped two seats in the chamber to Republicans.

That’s not the case for Michigan, Pennsylvania, and Wisconsin, where recounts are being conducted. Should the recounts flip the results in all three states, that would reverse the results of the presidential election.

But that probably isn’t going to happen. Trump has a lead of around 75,000 votes across all three states, including 46,000 in Pennsylvania alone. No statewide recount in the last 15 years has flipped more than 1,247 votes from one candidate to another, so there would have be an unprecedented number of inaccurately tabulated ballots in all three states in order for Clinton to come out on top after the recounts.

Moreover, Trump’s legal team has filed a challenge to the recount effort in Michigan. This could have the effect of ending the recount altogether, but even if it doesn’t, it will delay the recount by at least two days while officials weigh the merits of Trump’s challenge. The state already faces a Dec. 13 deadline to recount all 4.8 million ballots, and a two-day delay makes it more likely that it’ll miss that deadline.

The fact of the matter is that, barring any completely unforeseen developments, Trump will be sworn in as America’s 45th president on Jan. 20. Recounts in Wisconsin, Michigan, and Pennsylvania have an extraordinarily small chance of reversing the results, but a recount in New Hampshire would have no effect, regardless of who won.