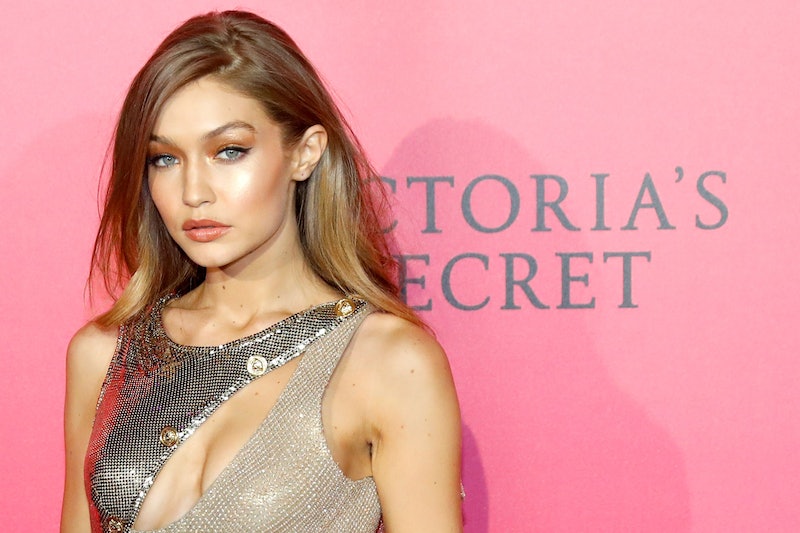 The media has made a big deal about models' social media presences over the last few years, and while it's not exactly groundbreaking that a bunch of beautiful famous people have large Instagram followings, it is pretty interesting that this year's 10 most followed fashion people on Instagram were all models, with the exception of Victoria Beckham.

Obviously, due to the visual nature of Instagram, it makes sense that models would thrive there. People like seeing pretty pictures and models like posting pretty pictures. But when Vogue Paris puts Taylor Hill and Bella Hadid on their September cover and labels them "Instagirls" (when we are all very aware that they have strong social media presences, as does everyone in the public eye in 2016), you know that this is a serious phenomenon.

This year, models were the fastest growing fashion accounts on Instagram. Even the hottest designers and the most popular bloggers couldn't beat out the gang of supermodels on Instagram. That's pretty crazy. When I first saw the list, I thought it might have been the list of the 10 models who gained the most followers this year, but nope, it was just the top 10 fashion industry people.

So without further ado, here are the 10 most followed fashion people on Instagram in 2016.

Gigi Hadid gained 16 million Instagram followers in 2016. She easily tripled her followers in one year, which is hella significant when you have millions of followers to begin with. Her meteoric rise to fame makes sense though — Hadid was easily one of the most sought after models in 2016.

A resident member of the "cool girl" squad that consists of Gigi and Bella Hadid and Kendall and Kylie Jenner, Hailey Baldwin earned 5.9 million followers in 2016.

Following in her sisters footsteps, Bella Hadid crushed it this year, after booking huge campaigns with Dior and Calvin Klein, and getting one of the coveted spots on the Victoria's Secret Fashion Show runway, it's no surprise that Bella earned 5.8 million followers in 2016.

Emily Ratajkowski made her mark when she starred in Robin Thicke's music video for "Blurred Lines," ever since, she has been very outspoken about various feminist issues. I think her new role as an activist has really helped her gain 5.7 million followers in 2016.

The one non-model on this list! Victoria Beckham gained 5.2 million Instagram followers in 2016, because who doesn't love Posh? Her selfies with David Beckham probably don't hurt either...

Okay, Chrissy Teigen probably didn't gain 4.8 million followers this year because of her modeling, but rather because she's 1) hilarious and 2) has arguably one of the most adorable babies on the planet. But she's still a model, so the connection is not lost.

You'd think that with Gisele being the reigning supermodel for basically ever she would already have amassed tens of millions of Instagram followers, but alas, the legend has around 10 million followers, gaining 3.9 million of them in 2016.

Taylor Hill is one of the newer Victoria's Secret Angels and people just love her, which explains how she got 3.6 million new followers this year.

Candice Swanepoel has been the Victoria's Secret Angel for the last year or two — who doesn't love her carefree beach pics? But this year she stepped up her game by having an adorable baby, which helped her gain 3.5 million followers in 2016.