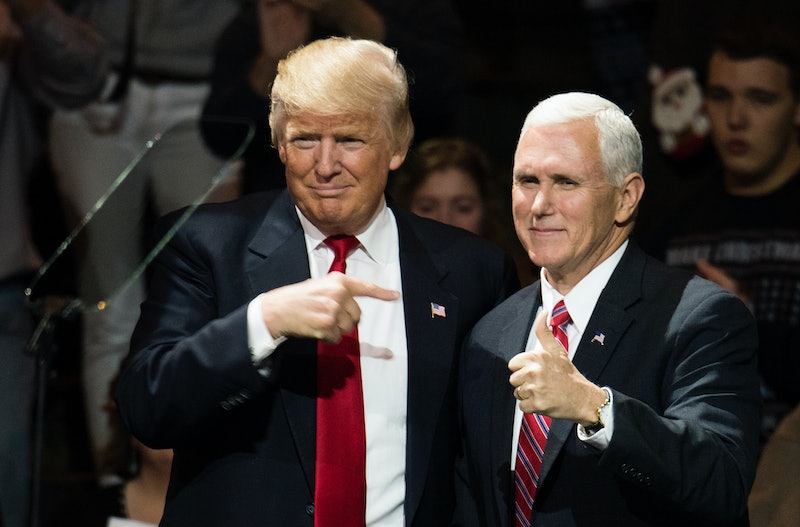 It’s been three weeks since the presidential election, but the ballot counting is far from over. On Thursday, Wisconsin officials started the laborious process of recounting every presidential ballot cast in the election, thanks to a lawsuit from Green Party candidate Jill Stein. Recount initiatives in Pennsylvania and Michigan are currently making their way through the courts, and there’s even a chance Nevada will conduct a recount. Some are now wondering if North Carolina will have a recount as well.

In fact, there’s already a bit of a recount underway in North Carolina, but it has nothing to do with the presidential election. It involves the governor’s race, which Democrat Roy Cooper won by around 10,000 votes, according to an unofficial state tally. However, incumbent Republican Pat McCrory is challenging the vote count in court. In response, a judge ordered a partial recount of ballots in Durham County on Thursday. So technically, there already is a North Carolina recount of sorts.

As for the presidential election, however, there’s no reason to believe there will be a recount, because nobody has filed for one. While the vote there was close, it wasn’t that close: Donald Trump won by around 177,000 votes. Since no statewide recount in the last 15 years has resulted in more than 1,247 wrongly recorded votes (that was in Florida in 2000), there isn’t any reason to think a recount in North Carolina would change the state’s presidential results.

Similarly, the overall recount effort itself almost certainly isn’t going to result in Hillary Clinton becoming president. It would if the results were overturned in Wisconsin, Pennsylvania, and Michigan, but Trump leads by around 100,000 ballots across those three states. While there is a chance that 100,000 ballots in three states will change hands, it’s a very, very small chance.

Although the vote in North Carolina wasn’t close, that doesn’t guarantee it was fair. For years, the state’s Republican Party has gone to great lengths to prevent as many black people from voting in the state as possible. The most onerous of those provisions was struck down by a judge in July, but the GOP-controlled boards of elections at the county level nevertheless succeeded in severely limiting early voting, a service used disproportionately by black voters in the state. That is but one of many voter suppression techniques some states use to disenfranchise black voters.

Unfortunately, voter suppression isn’t something a recount can undo. The problem in North Carolina isn’t that the votes were improperly cast. It’s that a lot of its residents weren’t able to vote in the first place.