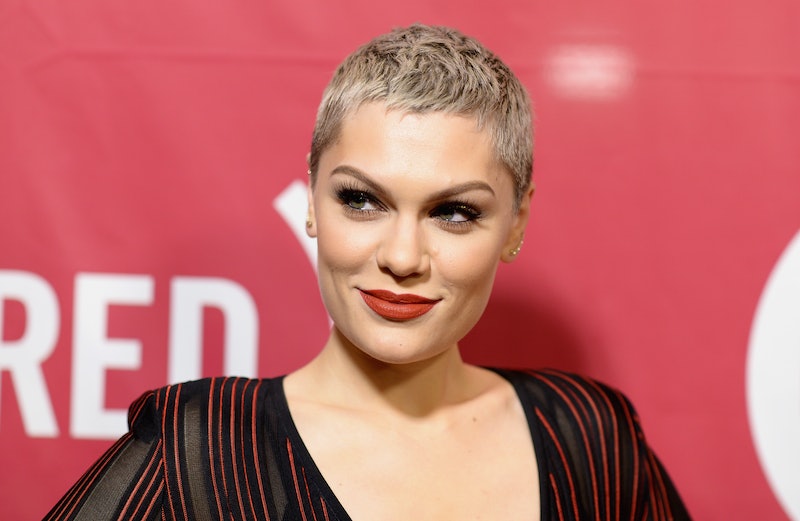 Rihanna and Lady Gaga aren't the sole pop stars to seriously push the boundaries and shapeshift their looks and personal styles with incredibly frequency. Stunning English singer Jessie J —who is featured on "Bang Bang" with Ariana Grande and Nicki Minaj— is constantly transforming her look, from bob-with-bangs to shaved head. Jessie J and Makeup For Ever are collaborating on the brand's #iamanartist campaign and it's the singer's daring and rebellious style that makes her the absolutely right celeb to rep this campaign. What's in the Make Up For Ever x Jessie J collab?

Well, according to PEOPLE, Jessie J and MUFE have created four collections. The products are set to launch in 2017. The first items to be available are the Acrylip paints, which are out in January. Jessie told PEOPLE that this lippie "stays on for ages." Well, high-impact lips were such a thing in 2016 and that trend is not going out of style in 2017, it'd seem.

That's all the concrete details that we know about the collab so far. The brand has been teasing clips on its official Instagram, such as the one posted below. I fully expect more info to be parsed out now that the news of the partnership is public.

Jessie J also covered "Can't Take My Eyes Off You" as part of the campaign. She looks stunning with that ice blue hair, right?

In her PEOPLE chat, Jessie revealed she does her own makeup for performances and events most of the time. Her deftness and dexterity as her own makeup artist makes her an absolute brilliant choice to front the brand and this campaign. I love that MUFE went with a singer who has a rebellious style and isn't overexposed.

2017 is already looking pretty darn good when it comes to makeup.