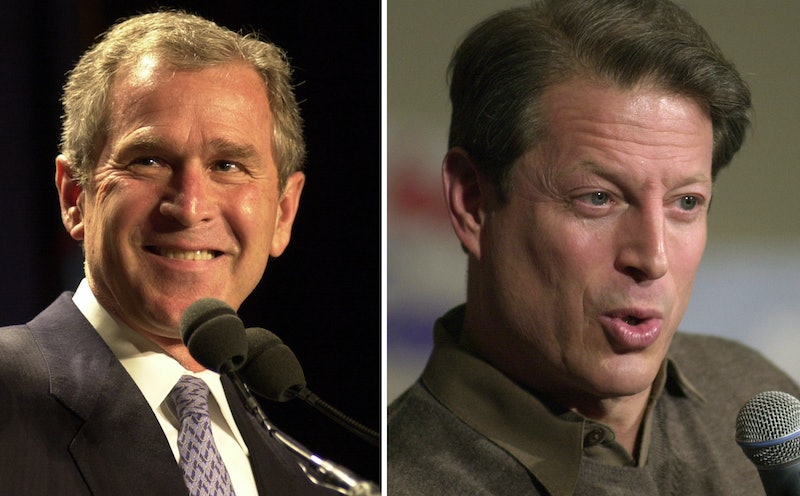 The Michigan native, who was representing the District of Columbia, is arguably one of the most famous members of the Electoral College in history. In 2000, Lett Simmons refused to vote for either candidate in the election to protest what she described as Washington, D.C.'s "colonial status," meaning the fact that it did not have a "voting representative in Congress," as the New York Times noted. The New York Times reported that Lett Simmons said she considered her faithless elector to be "civil disobedience of a higher order."

Lett Simmons' political involvement spanned far beyond the 2000 election. According to the Washington Post, she served as Washington, D.C.'s female-elected member to the Democratic National Committee. She was also very involved in the Washington, D.C. school system, serving as an at-large member of the board of education for 12 years. Lett Simmons passed away in 2012 at the age of 85.

With the 2016 electors set to convene on Dec. 19, there are a handful who may follow in Lett Simmons' footsteps, albeit for different reasons. Poli Baca, an elector from Colorado, and Levi Guerra, an elector from Washington state, are both Democrats but pledging to write-in an alternative Republican candidate in an effort to replace Donald Trump. In The Hill, the two make a pretty fair case for faithless electors case, writing:

In Federalist 68, Alexander Hamilton tells us why the Founding Fathers created the Electoral College: to prevent an unqualified demagogue who is under foreign influence from taking over the nation’s highest office.

Trump fails the Founding Fathers’ three part test for the presidency — he is unqualified, he is a dangerous demagogue, and he cannot prove his independence from foreign nations.

This means Trump as commander-in-chief is a clear and present danger to national security, and he will likely do permanent damage to the Bill of Rights, if inaugurated. Men like him are why the Electoral College exists as a Constitutional check and balance against popular, but unqualified, leadership for our country.

The electors go on to describe what they perceive to be a clash of their responsibility as college members to preserve the intent of the constitution against the current status of the winner.

As in 2000, Lett Simmons' famous election year, in 2016 all eyes are on the Electoral College.

More like this
These Are The Fastest Electric Kettles You Can Buy
By Margeaux Baulch Klein
12 Cute Pink & Red Nail Art Ideas For Valentine's Day
By Olivia Rose Rushing
The 7 Best Entryway Rugs For Every Budget
By Mackenzie Edwards
'That '90s Show' Is Officially Coming Back For Season 2
By Gretchen Smail and Grace Wehniainen
Get Even More From Bustle — Sign Up For The Newsletter
From hair trends to relationship advice, our daily newsletter has everything you need to sound like a person who’s on TikTok, even if you aren’t.