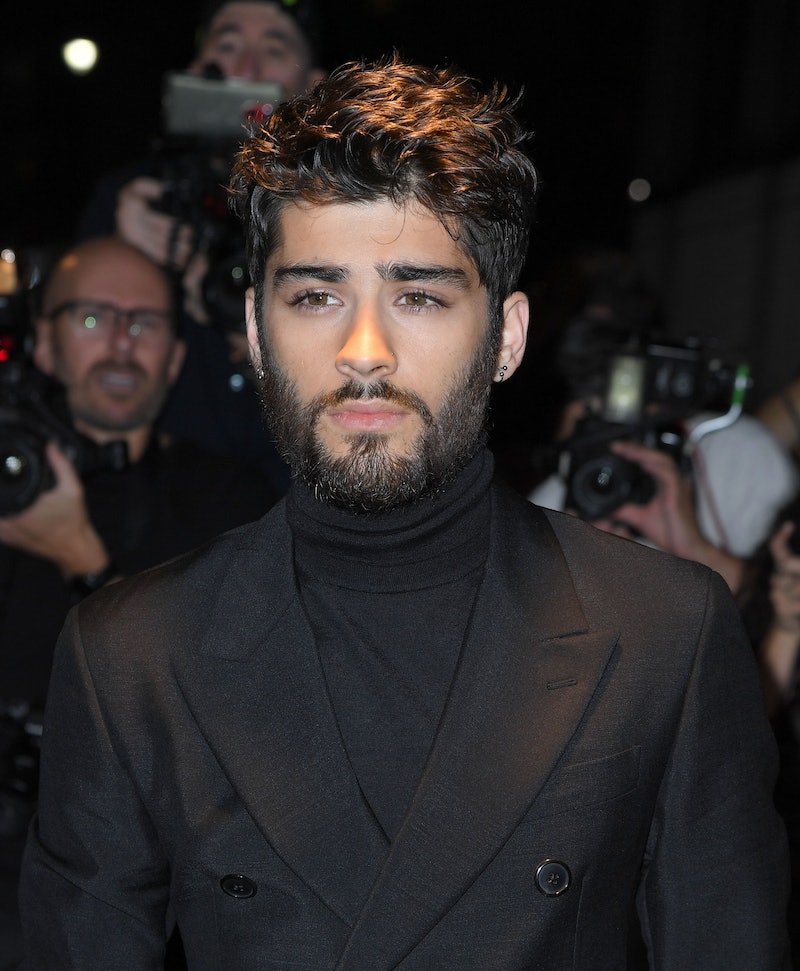 Well, as the saying goes, you win some American Music Awards, you lose some Grammy nominations. Or, I don't know, something like that. The fact of the matter is Zayn Malik was totally snubbed of Grammy nominations this year and it is a grave injustice. Yes, that unfortunately includes Song, Record, and Album of the Year, which is a true bummer. It's also another indicator that 2016 just needs to end already even though this counts towards the 2017 season. That said, I need to ask the Grammy powers that be only two humble and not-at-all incendiary questions Firstly, "What gives, you guys?!" And secondly, "Did you even listen to all of his songs?!" *Takes dramatically deep breath* OK, that felt good to get off my chest.

As you may know, per Billboard , Malik was already "snubbed," so to speak, being that he was ineligible for a Best New Artist Grammy. As the site relayed in October via the senior vice president of awards at the Recording Academy, Bill Freimuth,

"This was actually pretty clear cut given the international success of One Direction. It's been a few years since Zayn Malik came to prominence as a member of that group, making him ineligible for the best new artist category this year."

And I suppose while I don't like it being that his one man band is a whole different animal than his boy band stint, I guess it does make sense. His music and vibe might be different, but he is still the same dude. As Billboard points out, "the Grammy definition of 'new artist' can get a little murky (artists are sometimes nominated for the award several years after releasing their debut album), it's hard to argue with the fact that Zayn has been an internationally recognizable pop star for years now." So, touche and all that, Grammy peeps.

But, that still doesn't mean we don't love his music any less, or that his new gig isn't "new" to us. I mean, let's be real, how many times have you played "Pillowtalk" or "Like I Would"?

Uncountable, I know. Alas, whatever the Grammys decided is their prerogative, but to fans, he's a real winner.

More like this
Watch The Dramatic First Trailer For Netflix's Jennifer Lopez Documentary
By Alyssa Lapid
Cardi B Explains To David Letterman Why She Uses Her Star Power For Politics
By Jake Viswanath
The Very Best Quotes From Dr. Taylor Swift’s NYU Graduation Speech
By Grace Wehniainen
Kourtney & Travis Crashed His Daughter’s TikTok Live In Their 2nd Wedding Outfits
By Grace Wehniainen
Get Even More From Bustle — Sign Up For The Newsletter