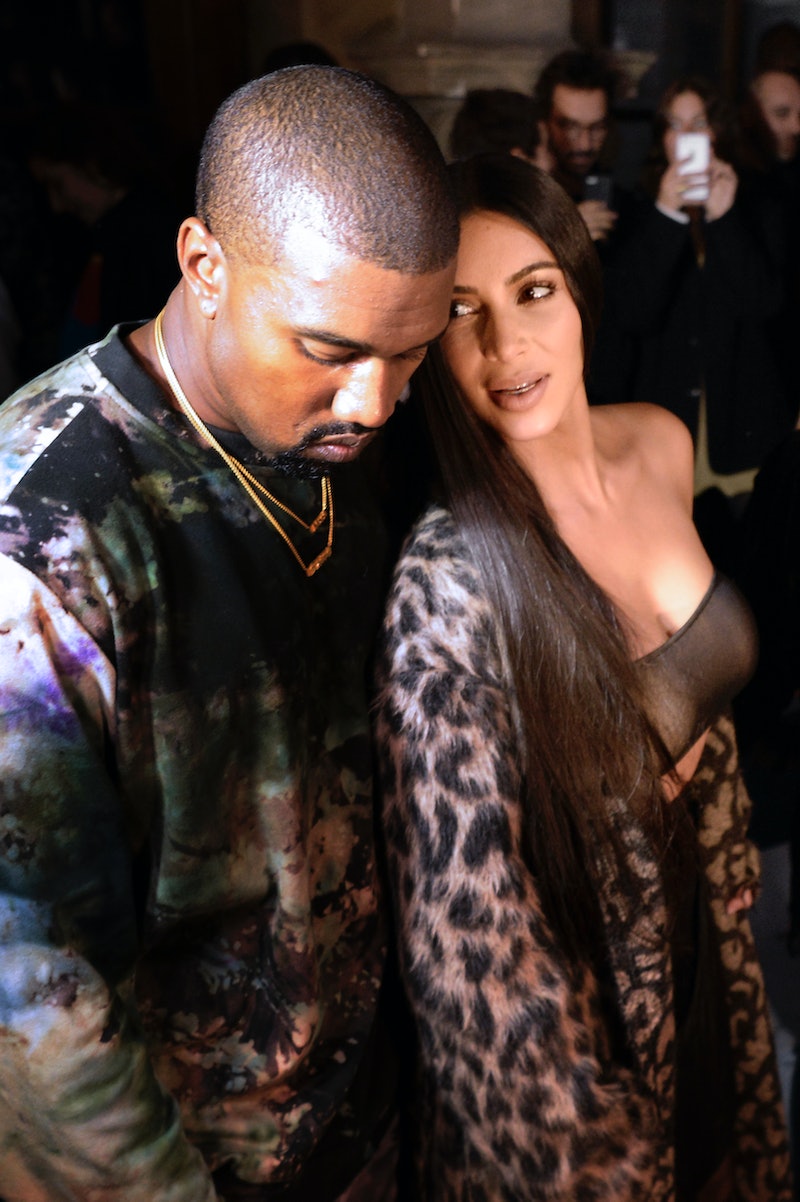 As Kanye West continues to recover from his hospitalization, the rapper is reportedly living separately from his family. According to People, West is reportedly not living with Kim Kardashian and their children while he receives outpatient care. A source claimed to the magazine that the "Famous" rapper "is receiving outpatient care else [sic] with a medical team. Kim still seems concerned but is supportive. They don’t know for how long Kanye will need outpatient care." Bustle has reached out to Kardashian's rep for comment on the report; West's rep could not be reached at the time of publication.

Despite the fact that Kardashian has reportedly spent significant time by her husband, a People insider claimed their children have not been to see him. Kardashian "is very worried about the kids being around Kanye," the source alleged.

According to an Us Weekly source, Ye is reportedly living in a rental home during his outpatient care. The source claimed that Kimye's alleged "marital issues" have been worse due to West's behavior prior to his hospitalization.

"It's been hell for them," the insider claimed. "Kanye’s behavior took a huge toll on their marriage. But Kim feels relieved he is getting the help he needs. She thinks this is what it will take to save him — and help their marriage."

West was hospitalized for exhaustion on Nov. 21, news which came after erratic behavior during his concerts, including ranting about Jay Z and Beyoncé. His rep confirmed to the New York Times that West "was taken willingly to the U.C.L.A. Medical Center for evaluation" and was hospitalized after his doctor called the LAPD around 1:20 PM that day.