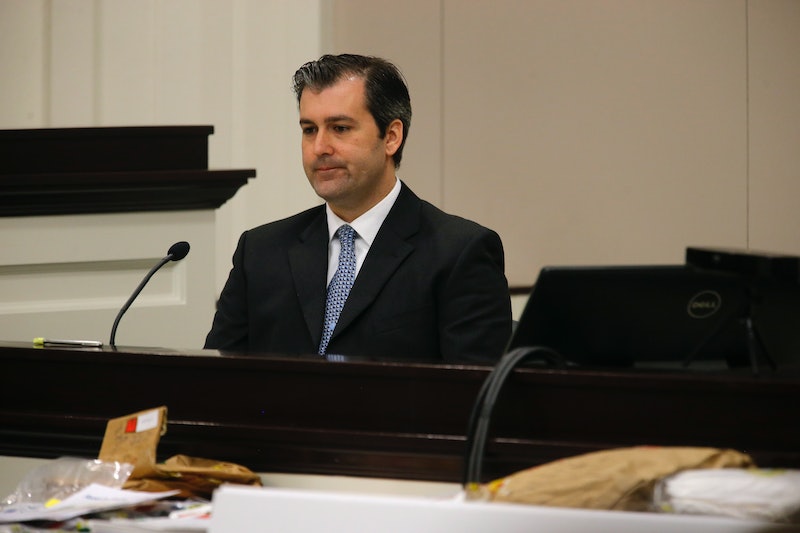 After hours of deliberation, there will reportedly be no verdict in the police-involved shooting of Walter Scott. According to multiple news outlets, the Michael Slager murder trial will end in a deadlock, with one of the twelve jurors unwilling to convict him for the killing of Walter Scott. The jury had similarly indicated they were hopelessly deadlocked hours earlier, only to have them return once again with the same answer: thanks to a lone holdout out of the twelve, Slager will not be convicted, barring a late change of opinion the holdout reportedly insists they won't have.

The holdout actually wrote a letter to the judge presiding over the case, which was read aloud to the courtroom. It said that the unnamed juror could not "with good conscience" convict Slager. Another letter to the judge, from a foreperson, indicated that it was indeed just one juror preventing a unanimous guilty verdict.

Slager, a police officer in Charleston, South Carolina at the time of the shooting, was charged with murder for the April 4th, 2015 killing of Walter Scott. A 50-year-old black man, Scott was slowly running away from Slager when the officer shot him fives times in the back, killing him. The shooting was captured in its entirety on bystander video, showing unambiguously that Slager killed the fleeing Scott from behind.

The video of Scott's killing has been played frequently on cable news, and is easily viewed online with a simple Google search. Given its upsetting nature, and the traumatizing effect that repetitive viewing of such images can have, it won't be embedded or linked here.

The judge in the case will reportedly speak to the jury and declare a mistrial. This doesn't mean Slager will escape punishment ― to the contrary, the fact that he was just one juror away from being convicted clearly bodes well for a retrial. But it also hammers home how precarious ― and indeed, virtually impossible ― it is to try to hold police officers legally responsible when they kill people, even with a clear, plain video showing the whole thing.

This is far from the first time video footage of acts of police brutality failed to culminate in a criminal conviction. In recent years, video of the police killings of Eric Garner, Tamir Rice, John Crawford, and Keith Lamont Scott failed to cause criminal charges to even be filed, let alone convictions to be made. All the way back in 1991, clear bystander video of LAPD officers beating a downed Rodney King also failed to sway a jury, with a deadlock in favor of the police.

It's not yet clear when Slager will face a retrial, although once the mistrial is officially declared ― barring some change of opinion that the holdout insists they will not have ― he definitely will. There's every reason for prosecutors to feel confident in the case they put together, damning evidence and all, by virtue of the lopsided jury split.

But all it takes to break things down is one single, solitary person who doesn't agree. And in this case, it looks like Slager got that one person on the jury he needed to escape imprisonment, for the time being, at least.