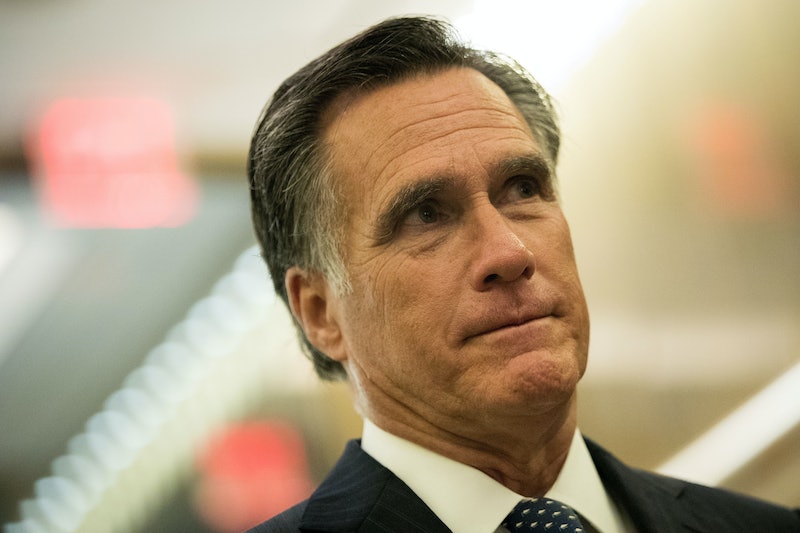 According to Donald Trump advisor Kellyanne Conway, the president-elect has narrowed down his shortlist for Secretary of State down to four names: Mitt Romney, David Petraeus, Rudy Giuliani and Sen. Bob Corker. That’s an interesting list of names, and who Trump chooses for Secretary of State will say a lot about how he intends to govern, and whether he prioritizes experience and qualifications or political expediency.

The name that’s gotten the most attention as of late is Romney, who denounced Trump vehemently during the campaign but has since come around. By “come around,” I mean that Romney agreed to have dinner with Trump, and subsequently had nothing but nice things to say about his former nemesis.

If Trump picks Romney, I think it will have little to do with his qualifications to serve as State Secretary. Despite his high public profile, Romney only served in government briefly, during his single term as Massachusetts governor, and has no foreign policy experience at all. The Secretary of State deals exclusively with foreign policy, so why is Trump considering him?

It’s most likely because Romney is one of the most vocal critics of Trump from within the Republican Party, and Trump wants to co-opt him. Putting Romney in one of the most prestigious positions in government would effectively neutralize him as a critic, and thus make it that much easier for Trump to consolidate his support within the GOP. This is similar to what Barack Obama did by tapping Hillary Clinton as his Secretary of State. Tapping Romney, in other words, would be a nakedly political move.

The same would be true if Trump chose Giuliani, albeit for very different reasons. Like Romney, Trump has zero foreign policy experience, but he’s not a Trump critic. In fact, Giuliani was one of the most enthusiastic Trump sycophants during the campaign, relishing every opportunity to lavish praise upon the real estate tycoon.

Should Giuliani become Secretary of State, that would mean Trump opted to reward one of his most loyal supporters with a highly-coveted cabinet position. It would be the mirror image of picking Romney: In both cases, Trump would be prioritizing political concerns over qualifications for the position.

On the other hand, choosing Petraeus or Corker would suggest that Trump wants a Secretary of State who can do the job. While one can disagree with Petraeus and Corker’s foreign policy visions, it’d be hard to argue that they aren’t equipped for the position. Petraeus is the former chief of the CIA and has held several high-ranking posts in the military, while Corker is chairman of the Senate Armed Services Committee and is very well-regarded by his colleagues, Republican and Democrat alike.

But there is one glaring problem with Petraeus: In 2015, he acknowledged that he illegally retained and shared classified information, which is the exact thing Trump hammered Clinton for during the primary. If Trump chooses him, that would suggest that he doesn’t actually have a problem with high-ranking government officials being careless with classified information, thus making his criticism of Clinton seem disingenuous in retrospect.

In this light, the only respectable name of the four is Corker. Intriguingly, Corker once incurred the wrath of "alt-right" media site Breitbart for supposedly being too soft on Iran. Trump is now being advised by Steve Bannon, the former head of Breitbart, so there’s a decent chance that picking Corker would alienate some of Trump’s base.

If Trump is willing to anger his more deplorable supporters in order to choose a qualified politician like Corker for Secretary of State, that implies that he actually does place some value on governance, which is encouraging, I guess. If he picks Giuliani or Romney, that means he’s thinking in purely political terms. And if Trump goes with Petraeus, that means he isn’t terribly concerned with keeping America’s classified information classified. We’ll soon find out which is the case.