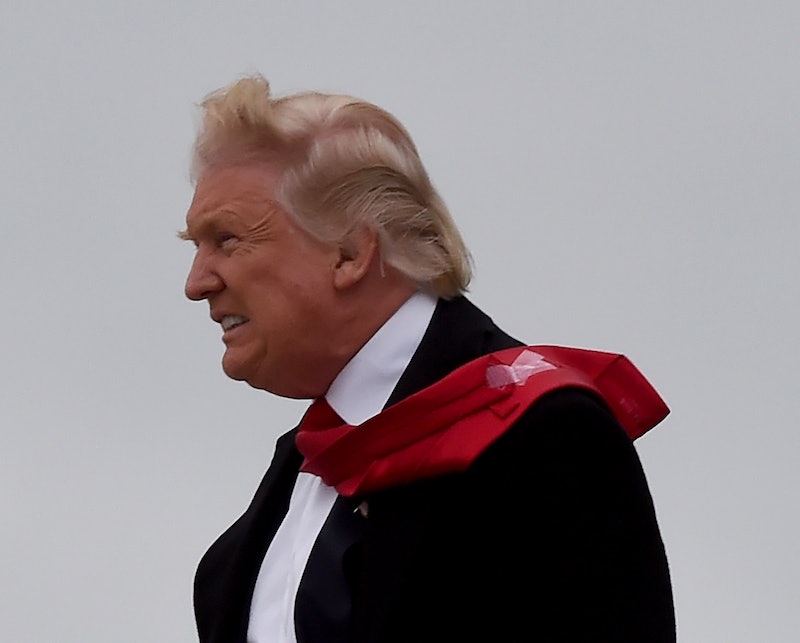 In a sudden and significant break from thirty years of U.S. policy, Donald Trump called the president of Taiwan on Friday. The U.S. and Taiwan broke off diplomatic relations in 1979, and no president or president-elect has spoken with a Taiwanese president since then. Trump's decision will almost certainly open a rift between the U.S. and China, and could directly hinder America's efforts to contain the nuclear threat in North Korea. This is a complicated situation with a lot of history behind it, so here's an overview of what's going on with Taiwan and China, and why it's potentially such a big deal.

The long and short of it is this: China and Taiwan don't like each other. It's much more complex than that, of course, but the significance of Trump's phone call ultimately boils down to a decades old-conflict between mainland China and the island of Taiwan. The U.S has generally sided with China in this dispute, which is why Trump's actions will most likely be seen as antagonistic by China.

Throughout the early-to-mid 20th century, China had a protracted civil war that pit the communists, led by Mao Zedong, against the nationalists, led by Chiang Kai-shek. The communists ultimately won, and in 1949, Kai-shek and what remained of his forces fled to Taiwan and established an independent government.

But mainland China didn't recognize the Taiwan as a sovereign nation, and insisted that the island was really just a part of China proper. Taiwan, needless to say, insisted that it was not only its own state separate from mainland China, but in fact the legitimate ruler of mainland China as well as the island. This is more or less where it stands now, although Taiwanese leaders have had varying positions on the island's status.

For a period of time, the U.S. did recognize Taiwan as the legitimate governing entity of China. But this changed in 1971, when the United Nations voted to recognize China, not Taiwan, as the "real" Chinese government. Taiwan lost its seat at the UN, and in 1979, the U.S. cut diplomatic ties with Taiwan in favor of China. Other countries began dropping their recognition of Taiwan as well, and now, only around 20 countries recognize Taiwan as an independent state, despite the fact that it's been self-governing for over 60 years.

That basically brings us up to speed. The reason no American president since Jimmy Carter has spoken to a Taiwanese president is because the U.S., for a variety of diplomatic reasons, has opted to take China's side in the conflict over the political status of Taiwan. But by speaking with Taiwanese president Tsai Ing-wen on Friday, Trump was signaling — intentionally or not — that perhaps the U.S. won't be as conciliatory towards China once the new administration takes office.

This could lead to a deterioration of U.S-Chinese relations, which in turn could have a huge ripple effect. Take the Korean peninsula. The U.S. would very much like to prevent North Korea from pursuing nuclear weapons technology, and it generally relies on China to exert this pressure, since China and North Korea are allies. But China may be much less inclined to cooperate with the U.S. on North Korean matters if the U.S. starts becoming chummier with Taiwan.

“The Chinese leadership will see this as a highly provocative action, of historic proportions,” said Evan Medeiros, former Asia director at the White House National Security Council, in an interview with the Financial Times. “Regardless if it was deliberate or accidental, this phone call will fundamentally change China’s perceptions of Trump’s strategic intentions for the negative. With this kind of move, Trump is setting a foundation of enduring mistrust and strategic competition for US-China relations.”

It's far too soon to say exactly what will come of Trump's phone call. But it's undeniably an enormous shift from a longstanding U.S. policy, and may significantly damage diplomatic relations between the two most powerful countries on the planet.