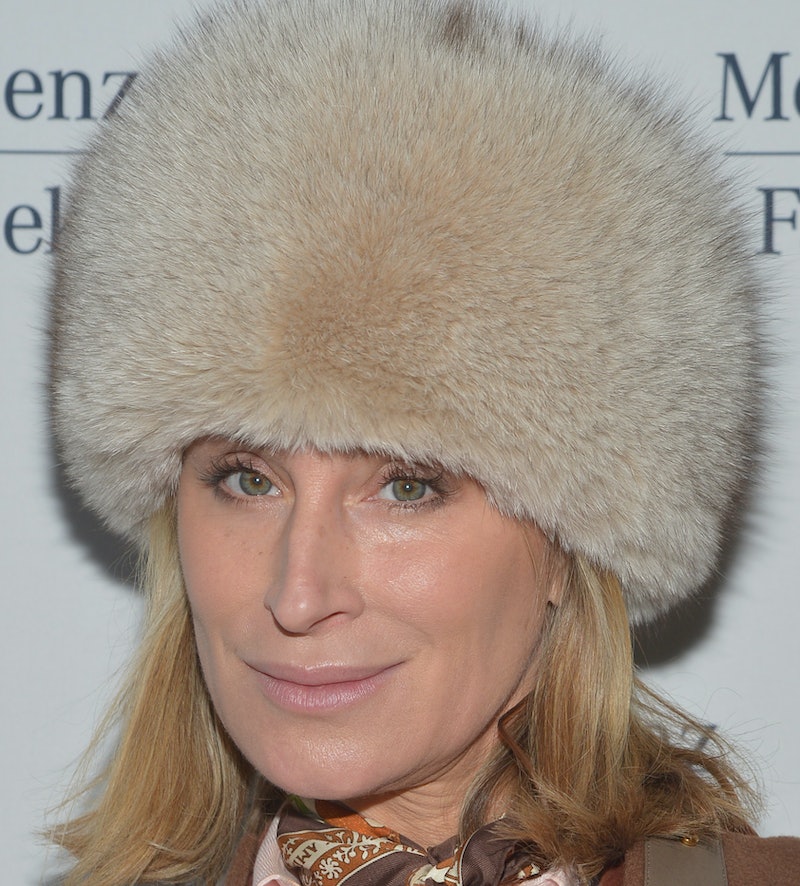 What do you get when you combine an inflated bank account with an overwhelming amount of free time? Sonja Morgan, shaking her rump in a leotard in front of hundreds of people. You'd think after three seasons of watching Sonja on Real Housewives of New York, we'd be used to her antics, but I assure you, she always surprises us. There's just something about the Hamptons that makes our girl come into her own. Maybe it's the sea water, or the wide open spaces, or all that sun, but really, whatever it is, Sonja transforms into her most outrageous self.

Case in point, her caburlesque performance. For one, apparently caburlesque is a thing. (I looked it up so I could spell it right, okay?!) Admittedly, when she was bumping and grinding on her poor, and decidedly uncomfortable, stand-in "guy" so she could "tug on his tie," we knew it was going to be a shit show. I mean, lady brought along two back-up dancers? Who does she think she is, Beyonce?!

Look, I love Sonja and all, but I gotta be honest: that performance was dreadful. Like, super painful. In retrospect, she should've definitely kept the back-up dancers because girl looked like she needed some help on that stage. The monologue? The ass-shaking? The Marilyn Monroe voice? It was all very, very wrong. Her obvious and glaring wardrobe malfunction didn't help matters, either. She legitimately left her nipple hanging out for the majority of the performance — Janet Jackson may have even blushed.

Though Amanda — or the Kim D. of New York as I'd like to call her — made some admittedly out-of-line and rude comments, it odd that she was the only person in awe of what was going down on that stage. It may be time for Sonja to reel it in or at least tone it down. The woman is turning herself into spectacle. Between her two vastly different aged boyfriends, a caburlesque show, and her countless interns, "fame" may finally be getting to her head.

Also, can she start calling her poor intern by her name? I doubt Naomi, aka "Pickles," appreciates the degrading moniker.