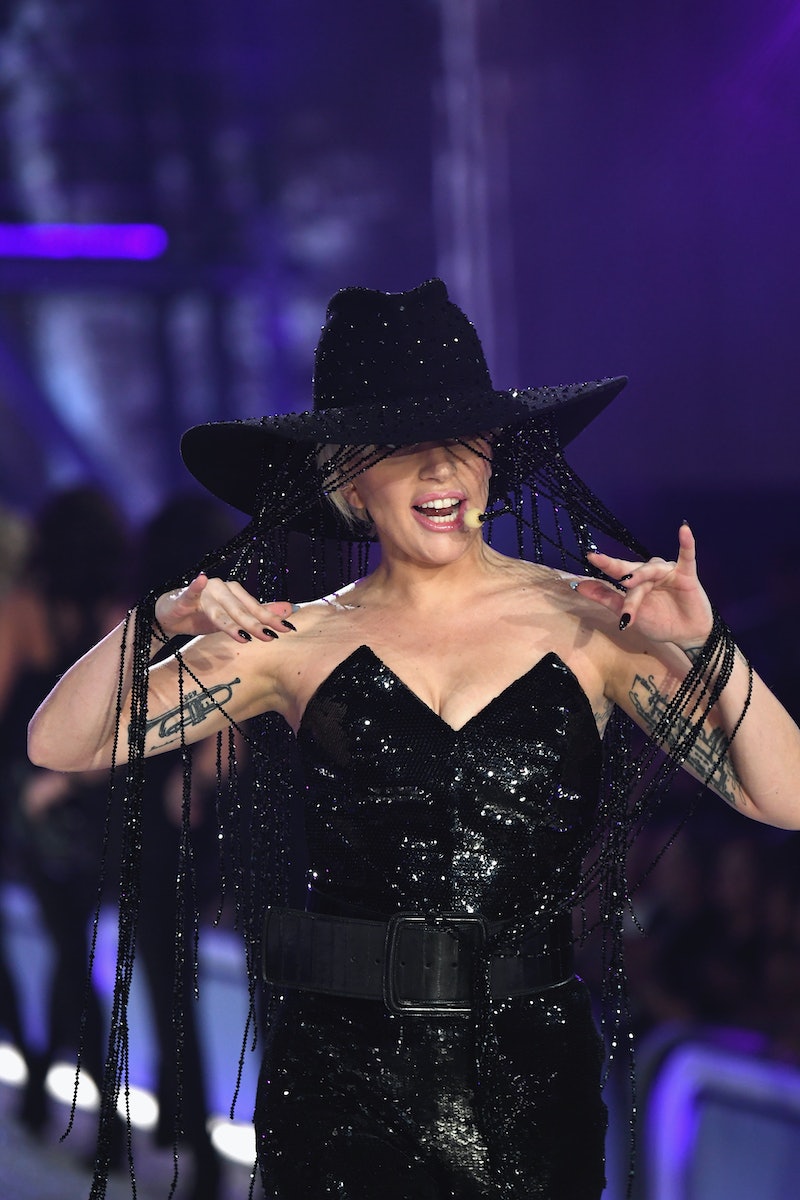 The Victoria's Secret Fashion Show drew a lot of attention this year, but not all eyes were on the Angels. Lady Gaga was one of the three performers this year, and her outfit was just as theatrical as the ones walking the catwalk. If you're wondering who design Lady Gaga's sequin string hat, the name won't surprise you. She's a big fan of the high-end brand.

Lady Gaga never holds back when it comes to her outfits, and the VSFS was no different. Out of her five, yes, five, outfit changes for the show, the one that caught most people's attention was her all black jumpsuit and unconventional hat that went with it. The oversized accessory had strings coming off the end that came down to her knees. She even had to part it at some points throughout her performance to see.

Get this. According to Teen Vogue, Lady Gaga's hat cost one million dollars. Not the entire outfit either. Just the one accessory. So who is the designer behind the accessory? The Los Angeles-based brand, Gladys Tamez Millinery designed Lady Gaga's Hat. According to their Instagram, it's called the Million Reasons Hat and was in collaboration with Swarovski. Take a look:

The hat definitely made a statement throughout the show. Especially since she paired it with uber-high heeled boots.

This isn't the first time that she's worn a hat from Gladys Tamez Millinery either. She's been spotted around town in the hats and even wore one of their designs for her Joanne album cover, according to Teen Vogue.

Something tells me that you won't be seeing this item being worn by anyone else. Not too many people could pull off Lady Gaga's look, but she definitely pulls it off, in my opinion.