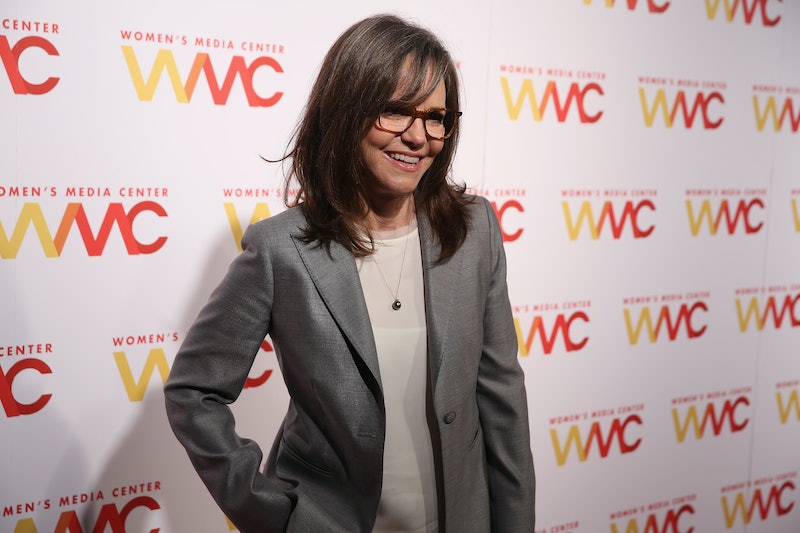 As painful as it is for Sally Field to remember the deep depression she suffered from as a teenager, the actor also sees it as a blessing in disguise. In a preview of an upcoming interview with Hailee Steinfeld for Variety's "Actors on Actors," Field opens up about how "deeply depressed" she was as a 19-year-old before her career really took off. The depression was apparently so extensive that Field gained 10 pounds in just two days, while strongly yearning to be "tall" and more "female" and worrying about her uncertain future. At 70, Field is strong enough to see how her difficult time was a key turning point in her path, and ultimately led to her success. You can watch the moving interview here.

The two-time Oscar winner has made her mark on Hollywood, starring in massive films including Forrest Gump (1994), Lincoln (2012), and Mrs. Doubtfire (1993). But as an up-and-coming actor she wouldn't have predicted such accomplishments. "Doing really heavy, emotional work... it weighs on me from the time I accept the role: the fear that I won't make it, that I won't land somewhere," she said. When a fellow star recognized Field's struggle, she received a helping hand by being introduced to the Actors Studio. And that changed everything.

Field tells Steinfeld that she was horribly down during her second TV series, The Flying Nun. "I was suffering so badly, I was so depressed. I was 19 and... I did not want to be dressed as a nun all day long," she said. "I wanted to be you," she told Steinfeld. "Lord knows I wanted to be tall like you. I wanted to be female."

She explained that such tools helped her exercise her full potential not only as an actor, but as a woman and a human being. "I never lose my own voice… I can go into myself and if I can call on those pieces of myself as an actor, then I can call on them as a human, and I couldn’t do that before," Field said.

Field didn't let depression define her, but instead allowed it to mold her and help her find her true potential. The actor's transparency about her life-changing realization is not only extremely brave, but super motivating, refreshing, and inspiring.