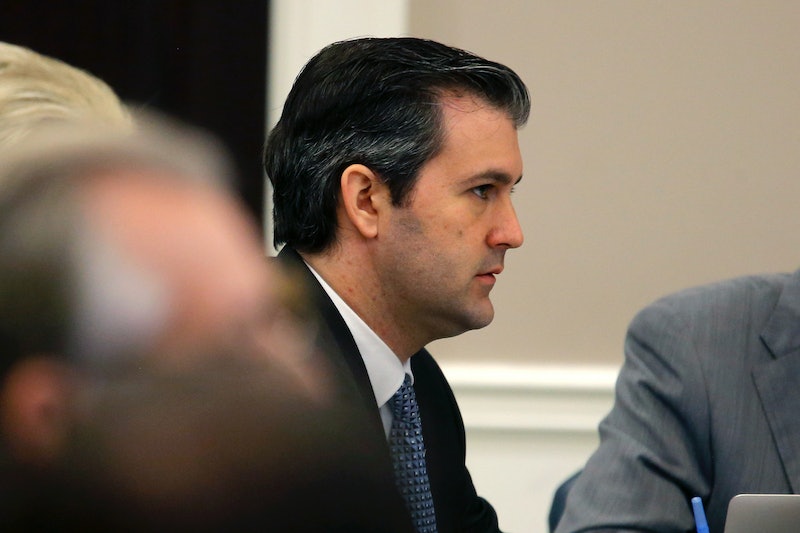 The trial of former South Carolina police officer Michael Slager is nearing its end, and the outcome now looks clear: Barring a change of opinion that a lone holdout insists won't happen, Slager will avoid a conviction by way of mistrial. Reports from the court indicate that a sole juror has caused an 11-1 deadlock, refusing to convict Slager of murder for the fatal shooting of a fleeing 50-year-old black man named Walter Scott. To help illuminate the gravity of this news, here's a tweet that sums up the Slager trial and its stakes perfectly, highlighting precisely why even one person refusing to convict him seems to many like a devastating outcome.

If the jury fails to come to an agreement next week after the judge sent them back into deliberations (despite multiple insistences that a verdict couldn't be reached, including in a letter written by the dissenting juror), that doesn't mean Slager will escape all legal consequence. A mistrial would only mean that the case would have to be retried at a later date.

There's an extreme level of clarity in this case, thanks to bystander video that shows Slager firing eight bullets towards Scott's back as he slowly ran away (five of which struck him). Slager has argued he shot Scott in self defense because Scott could have turned around and charged him. Given that clarity, what's represented by even one juror refusing to convict is grim in the extreme.

The above tweet from James Surowiecki of The New Yorker pretty much lays bare what the stakes were in this case, and what it means if 12 people watched the video of Slager shooting Scott and still couldn't see fit to convict him. Simply put, it's effectively saying that a police officer should not ever be punished for killing a civilian. The moral calculus on this one is truly that simple. If you want to see the video of Scott's death, you can find it with a simple Google search ― by virtue of how traumatizing repeated airing of such images can be, it won't be embedded here.

The tweet was actually just the first in a string of observations Surowiecki made about the case, and if you've got the time they're all worth reading. But make no mistake, unless something radically unexpected happens and the holdout juror decides to change course, and this thing ends in a mistrial, it'll be one of the starkest pieces of evidence yet supporting Black Lives Matter's thesis about race, American policing, and the criminal justice system. Not that any more evidence should be necessary, but sadly, there always seems to be some grisly new reminder coming down the chute.