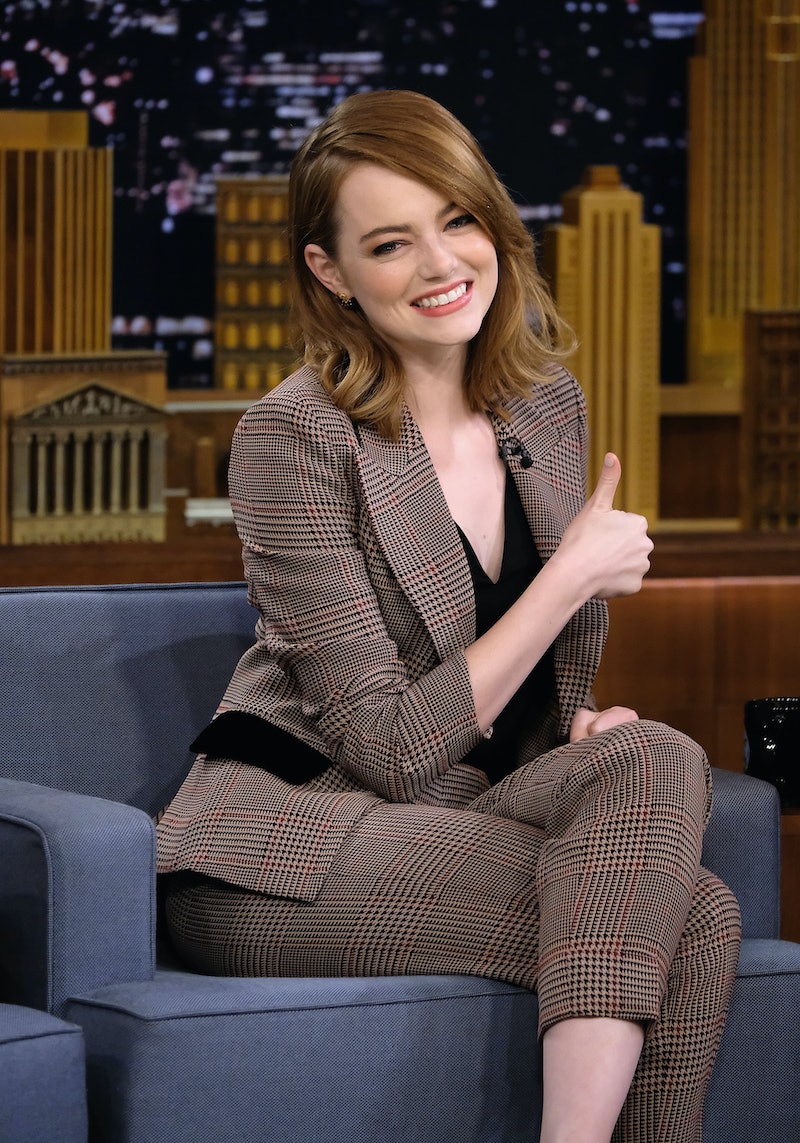 Emma Stone hosted Saturday Night Live for the third time on Dec. 3 and she opens her monologue by noting that it's the first time she's taken on the gig in five years. Of course, a lot has changed in the world since then, but Emma Stone's SNL opening monologue proves that for her, the show didn't change too much. She says that coming back to the show was like coming back to high school — specifically a high school in a movie from the '80s or '90s. "I didn't go to high school, but this was like my high school," Stone tells the audience.

She continues, as she walks around backstage: "There are cliques, parties, awkward hookups" and even a dressing room where the "mean girls" (lead by Vanessa Bayer) hang out. And then Stone jokingly snubbed Beck Bennett to hug former classmate and SNL castmember Aidy Bryant. They both attended Phoenix's Xavier College Preparatory — yup, they both attended the same school for a bit. Stone mentions that she left after a semester to pursue her Hollywood acting career, but Bryant nods and says she did the whole high school thing. Such a cool fun fact.

But the most awkward of the encounters was the one with her supposed former fling: SNL castmember Bobby Moynihan, the varsity-letterman-jacket wearing and football-carrying jock of the group. It's awkward for them — just like it would be in a teen movie — and Moynihan even botches his football throw because of it. But then he notes that Stone never had her own homecoming, so "let's make tonight your homecoming." Aw!

And already, Stone seems like she's having a great time on SNL, participating in sketches about that Christmas candle everyone gifts and regifts at the office, a weird high school theater group, and a truly odd tutoring session. A homecoming indeed.