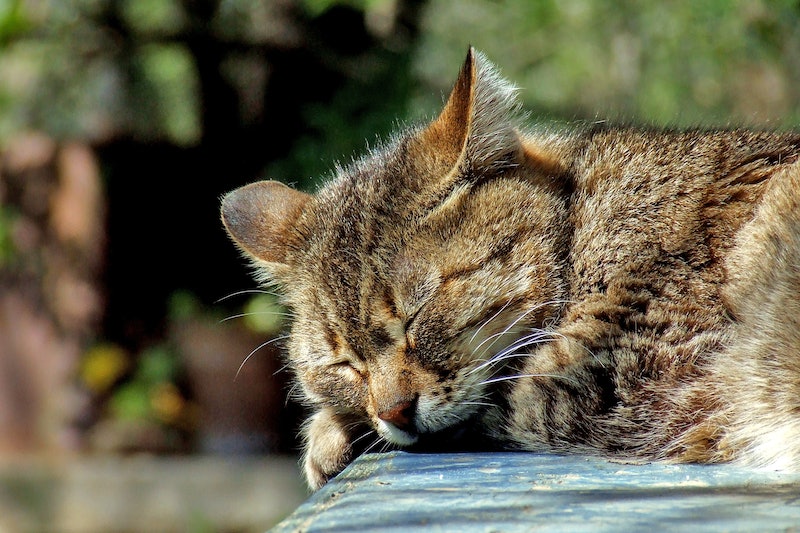 You'd think that feeling like a dry-eyed, gummy-mouthed zombie at work all day would be a good enough reason to go to bed at a reasonable time, but frankly, that's what coffee is for. But, if you're trying to motivate yourself to get more sleep, science has got your back: According to recent research, sleep deprivation messes with your heart, and not just in the nebulous, long-term-consequences kind of way.

In a small study presented at the Radiological Society of North America's annual meeting, a team of researchers studied how working a 24-hour shift influenced the cardiac functions of 20 radiologists. During this type of extended shift, which is common in emergency and medical fields, the workers are usually afforded little opportunity to sleep. In this study, participants got an average of just three hours of sleep during their shift. To measure the effects of sleep deprivation, participants underwent cardiovascular magnetic resonance (CMR) imaging before and after work. (CMR uses magnetic fields to create a detailed image of the heart.) At the same time, researchers measured participants' heart rate and blood pressure, and they collected blood and urine samples. Participants were required to avoid consuming caffeine or foods containing theobromine, a chemical similar to caffeine, for the duration of the study.

Here's the part that will make you want to actually listen to your mom and adopt a normal sleep schedule. Researchers found that after being deprived of sleep at work, participants showed an increase in systolic strain, blood pressure, and heart rate, and they had elevated levels of hormones associated with stress: cortisol, thyroid stimulating hormone, FT3, and FT4.

"For the first time, we have shown that short-term sleep deprivation in the context of 24-hour shifts can lead to a significant increase in cardiac contractility, blood pressure and heart rate," said study author Dr. Daniel Kuetting, according to Science Daily. It's worth noting that, given the small nature of the study, there's more research to be done before any larger conclusions can be drawn.

However, the negative consequences of sleep deprivation have been well established by prior research. Aside from feeling exhausted, lack of sleep has been shown to impair your thinking and increase your risk for potentially deadly events like a heart attack or stroke. Some people experience hallucinations when they go without sleep for too long. It's not known whether sleep deprivation can kill you — for obvious reasons, scientists can't test this out for themselves — but in 1989, researchers conducted an experiment testing the limits of sleep deprivation in rats. Each time they drifted toward sleep, researchers woke the rats up; all 10 died within 32 days. The cause of death is still debated to this day.

According to the National Heart, Lung, and Blood Institute, teenagers need nine to 10 hours of sleep per night, and adults require seven to eight. Fortunately, most effects of sleep deprivation are reversible, and avoiding it is easy enough: Less coffee and more sleep. (Step one is probably to stop scrolling through Instagram in the dark before bed.) Your body will thank you.