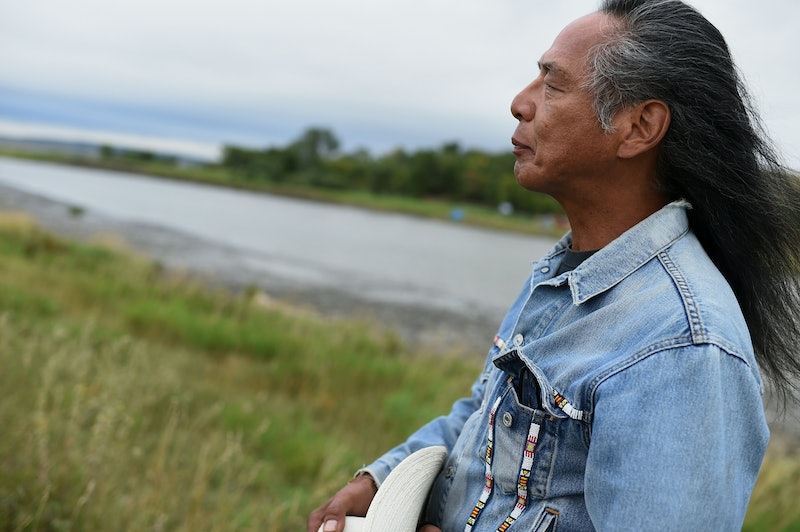 It's easy to feel like celebrating the news that the contentious Dakota Access Pipeline has been halted. On Sunday, the Army Corps of Engineers denied the easement for the controversial pipeline that members of the Standing Rock Sioux tribe and their allies have protested for months due to its proximity to Sioux lands and the Missouri River in North Dakota. Unfortunately, however, the federal denial of the permit isn't the final nail in the coffin of the DAPL, and activists and water protesters alike need to know that the Dakota Access Pipeline fight isn't over yet.

Despite the seeming victory, the Army's denial of the current proposed route causes the DAPL to remain "in limbo" according to a press release by North Dakota Sen. Heidi Heitkamp. Heitkamp, who met with President-elect Donald Trump last week and is rumored to be considered for a cabinet position, said that the long overdue move to deny the current route doesn't bring finality to the struggle between pipeline advocates and protesters. Rather, she claimed, it delayed any decision on where it will go instead. She also added that Trump expressed support for the DAPL, a key factor in the future of the pipeline's route.

Though this latest news constitutes a win for protesters, the fact remains that the possibility of a renewed push for the original route exists due to political pressure in favor of the pipeline. For instance, North Dakota Sen. John Hoeven criticized the Army's DAPL decision by saying the permit denial doesn't "resolve the issue." He went on to claim that the announcement might further complicate any decision-making:

It passes the decision off to the next administration, which has already indicated it will approve the easement, and in the meantime perpetuates a difficult situation for North Dakotans.

There's no doubt that the announcement of the re-routing of the pipeline is a positive response to protests in Standing Rock and around the country fighting for the rights of the Standing Rock Sioux and their water source. But, as some Twitter users have pointed out, while protesters may have won this battle, they have not yet won the war against the Dakota Access pipeline. Remaining vigilant about what's to come, especially given Trump's pro-oil stance on the pipeline, will be crucial after the inauguration.