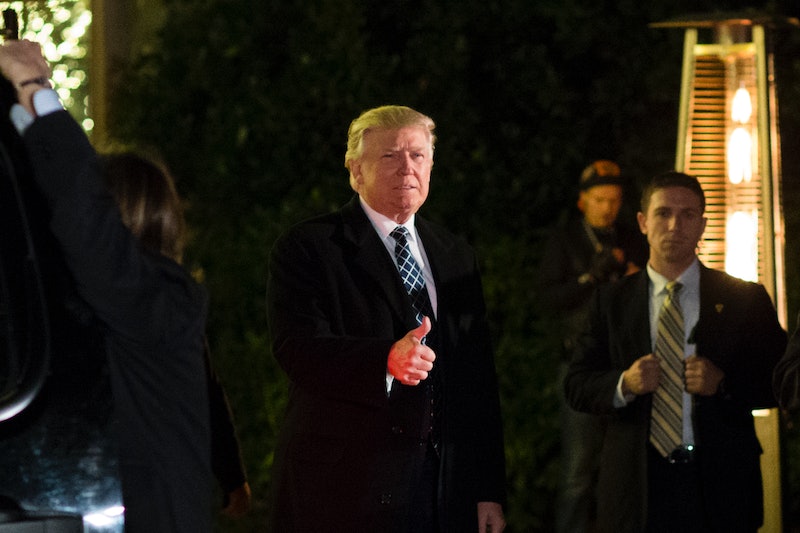 The protestors at Standing Rock may have won a victory when the decision came down that the Army would deny easement, but there's a good chance that it won't be a long-lasting one. The president-elect owns stock in Phillips 66, a company that stands to benefit from the Dakota Access Pipeline. After all of the questions that have been swirling around after the election, the DAPL could be Donald Trump's chance to show the country that his conflicts of interest won't be a problem in his governance.

Trump has very close financial and business connections to the companies behind the DAPL, including both Energy Transfer Partners and Phillips 66. He at one point had up to $1 million invested in Energy Transfer Partners, although his spokesperson said that he has since sold those shares. However, he still has $100,000-$250,000 invested in Phillips 66, which is behind 25 percent of the DAPL, and the CEO of ETP contributed significantly to Trump's campaign. Trump has long expressed support for the pipeline, which his team claims is part of his dedication to implement policies that will benefit as many Americans as possible — but that doesn't eliminate the fact that he stands to earn money off the project's potential completion.

In his acceptance speech, Trump said that he would work for all Americans. In supporting the pipeline, however, he's ignoring a large and unified movement of Native American tribes (plus all of their allies who have joined in the effort) that has come out strongly against it. There are certainly legitimate arguments to be made in favor of the DAPL, but they have not seen the popular wave of support that the effort to halt the pipeline's construction has witnessed.

This, then, brings up the larger issue of Trump's conflicts of interest that comes with his myriad business ties. Will he side with the people across the country who have come together to fight against the pipeline? Or will he support it, benefitting the energy companies and, ultimately, himself as well? He has said that as the president, he "can't have a conflict of interest", but he has yet to show that he plans in any way to bend to the will of the people when it comes up against his own business interests.

The DAPL, with all of the attention it's gotten in both social and traditional media, would be the perfect opportunity for him to show that he really does put the American peoples' opinion first. That is — if he uses it correctly.