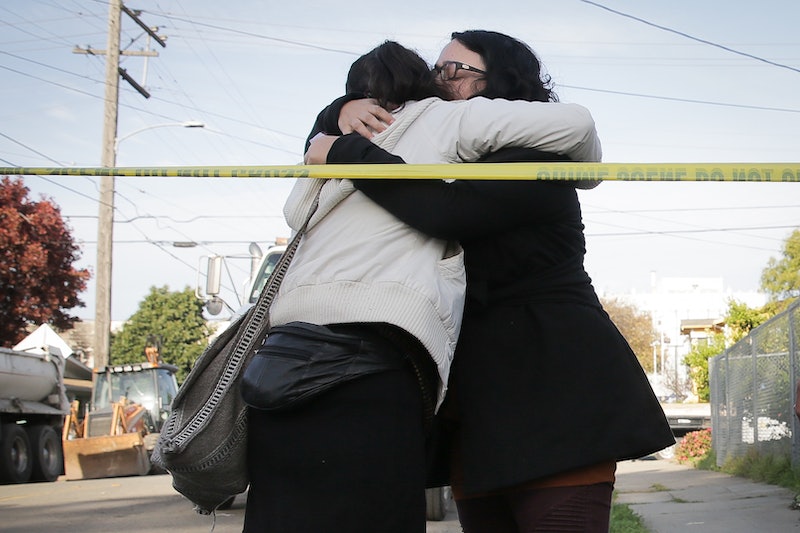 The tragedy of the fire that broke out in an Oakland warehouse live-work arts space known as the Ghost Ship only continues to grow as more and more victims are discovered and identified. So far, as reported by USA Today, the death toll is up to 36 with 30 percent of the building still yet to be searched by firefighters. The number of victims is expected to rise as more of the building is searched. So far only 11 of the victims have been identified, and the City of Oakland has released the names of seven. Among the victims are a number of young artists and musicians with at least one of those identified having been only 17 years old.

The impact of this tragedy is being felt all over the world, with many wondering how they can help. Though firefighting crews will likely soon be done sifting through the wreckage and notifying victims' families, the need for funeral and hospital, end of life, relocation, and other support funds will continue well into the next several months. If you are looking for a way to help those directly affected by the fire, here are just a few active fundraisers dedicated to providing direct support to survivors, victims, and their families.

This fundraiser set up via YouCaring is spearheaded by local nonprofit Gray Area Foundation for the Arts. Organizers have had to repeatedly increase their fundraising goal as the known number of people killed by the fire has increased. So far, over 4,000 people have raised over $220,793 towards the current goal of $250,000. But as the YouCaring page pointed out on Dec. 4, this still only leaves about $5,000 for the assumed 40 victims and their families.

The Oakland A's and the Oakland Raiders have joined together to establish a YouCaring fundraiser to benefit victims of the fire and their families. Both teams have pledged to each match $50,000 of donations raised for a total of $100,000. So far, the fundraiser is still about $17,000 away from its $100,000 goal.

National nonprofit Trans Assistance Project has set up a fundraiser on their website dedicated to collecting funds for end of life costs for trans women who died in the fire. Additionally, TAP's Executive Director Scout Wolfcave is working to make sure victims are not deadnamed or misgendered in media reports and has offered to be a resource for news agencies and media outlets.

Whether or not you have the funds to donate to these fundraisers, sharing links to them on social media outlets is another way to show support. Hopefully, through funds donated, some of the financial burdens experienced by survivors and victims' families can be relieved.